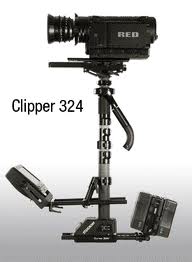 An initiative of former Film Commisioner for Dominica, Anita Bully, is expected to take Dominica’s film and audio industry to another level.

According to Bully a group of persons involved in the film and video industry in Dominica came together and decided to form an association which will seek to develop that industry and meet the needs of members.

The Dominica Audio Visual Association (DAVA) will seek to negotiate incentives for its members and lobby on their behalf; provide training opportunities and promote business opportunities, among other services.

In an interview with DNO, Bully stated that the association was a means through which local programming will be promoted.
“In Dominica local television programming is very limited, there is very little local programmes going on and we do have people involved in filming here and if we could come together as a group and start creating stuff and begin look at the needs of the industry and provide those needs” Bully noted.

She added that DAVA will be calling on the government to assist by providing incentives to film makers.

She said the audio visual sector is one of the fastest growing sectors in the world and we are being left behind in Dominica. “And we need to catch up with the rest of the world. This sector creates employment for people and promotes the island’s people and its culture.” Bully pointed out.

The new association will hold its first General Meeting on Tuesday March 5th, 2013 at the Public Service Training Center from 4:30 pm.
At that meeting the association will be formalised and a Board of Directors will be elected.

The association is facilitated by the Coalition of Service Industries, which will help it to establish itself and to develop programmes that will increase and improve the production of movies, documentaries and videos in Dominica.