Dominica’s culture was on full display during the West Indian Day Carnival in Brooklyn, New York, on September 3. The presentation was put on by the Know Your Culture Dance Group under the theme, “Dominica: the Nature Island.”

This is the third time the group has represented the island under the leadership of Sabeniah Mingo and Heather Etienne.

Competing against islands like Haiti, Guadeloupe, and Martinique, the band represented the traditional culture of Dominica with sections including Wob Dwiyet, with matadors in full traditional dress, hand woven baskets, and intricately adorned fans.

The Jupe section was a crowd favorite, with women adorned in handmade butterfly headpieces made with beautiful madras.

The presentation also included the souswell souwi or the bat, and mischievous sensay entertained the crowd.

Participants in the Nature Isle section were dressed in a variety of greens and headdresses featuring the Heliconia and Anthurium Lilies, signature flowers of Dominica.

The highlight of the presentation was a the Know Your Culture Jing Ping band along with Storm Riders Sound with De Blade and Darius Moses.

The bands entertained and kept the crowd jumping with sounds of the lapo kabwit.

In the end, Dominica emerged as the largest Creole Culture band, with over 100 members coming out to represent.

Mingo, founder of the Know Your Culture Dance group, was happy that Dominica’s culture was on such full display. “Thank God, Know Your Culture had the opportunity to represent Dominica to over a million people on the Parkway and countless more with all of the news coverage of our section. I hope that in the coming year, Dominicans worldwide will come out to represent our national pride,” she said. 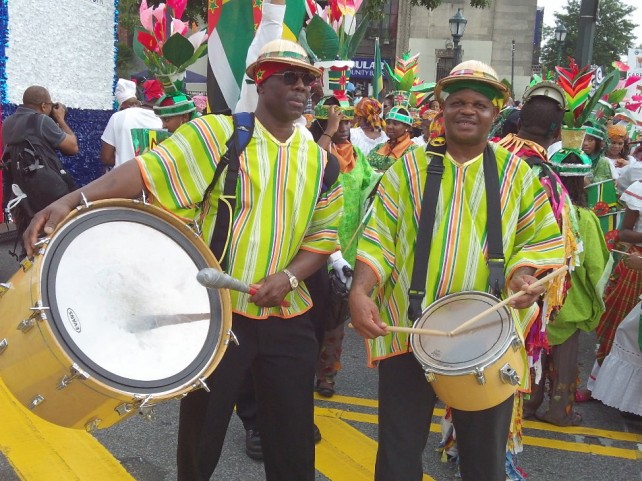 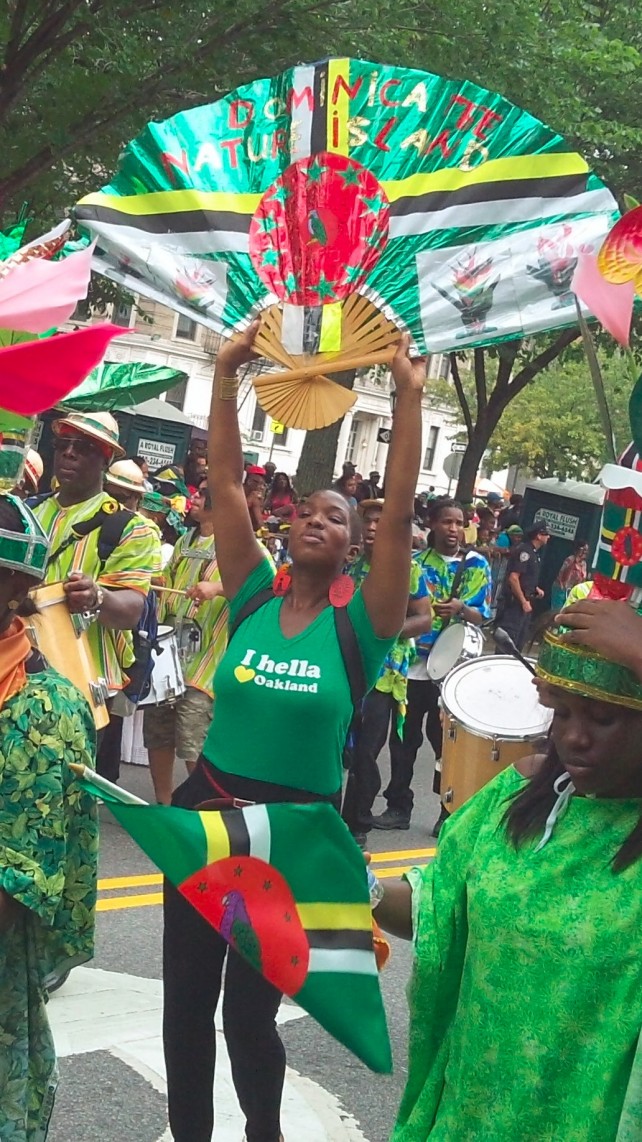