‘The Extasy Band,’ of Petite Savanne, which is on a drive to raise funds to support those affected by Tropical Storm Erika in the community, has hosted a successful series of relief concerts, in the French neighbouring island of Martinique.

The proceeds of a recently held a concert at the Windsor Park Sports Stadium and funds for the Martinique events, from October 9 to 11, were raised for students of the Petite Savanne Primary School.

Band Manager, Sherman Antione, told Dominica News Online, that performing abroad for the very first time was a good experience for the band.

“It was our first travel out of Dominica since the band have been in existence and it really was a good experience for the band because you could see the difference in the guys when they played,” he said. “We could see it was different from playing in a gig in Dominica.”

According to him, the band received an outpouring of support and attracted a “reasonable crowd.”

“We performed at Garage Popular on Friday 9th October and Saturday 10th October we played at one of the biggest clubs in Martinique, Le Club Paparazzi, then the following day we played on the beach in a Restaurant setting called Ti Bonhomme,” Antoine explained. “It was really good.”

The total amount raised, which he was unable to disclose at the time, also included the sale of photos revealing the damages done by Erika to Dominica.

“We were satisfied with the funds raised for the Petite Savanne Primary School and we may be going back soon because of our performance in Martinique,” Antoine noted.

At the Windsor Park Sports Stadium concert, held on October 3, the band raised about $16,000 for the community.

The band is expected to travel to Grenada to perform at a grand relief concert for Dominica carded for November 7. 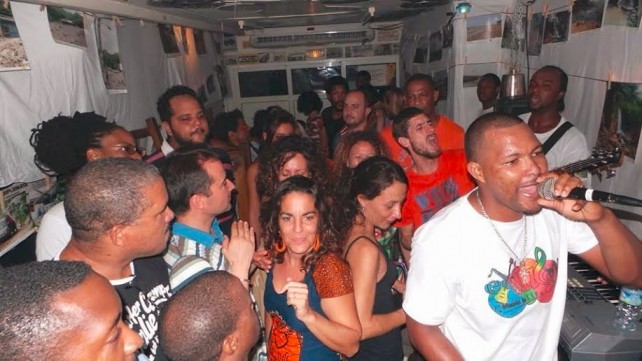 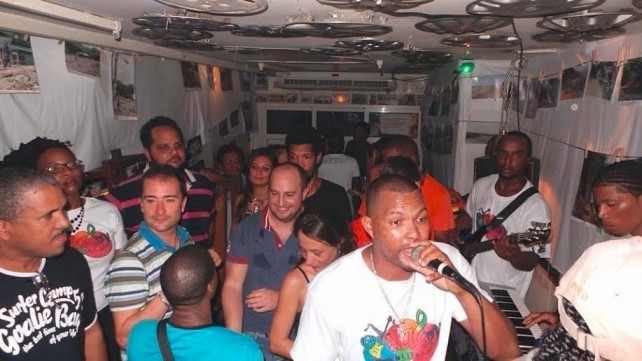