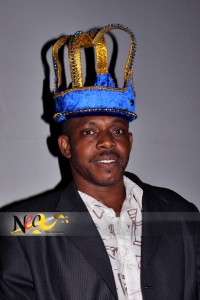 Veteran calypsonian, Hunter, has won the 2013 police calypso competition held at the DPSU on Saturday night.

He beat nine other calypsonians to take the title.

This win by the three-time carnival calypso monarch comes just one day after his withdrawal from the national calypso competition following allegations that he cheated at the 2013 calypso semi-final, by performing with lyrics written on the palm of his hand, which was captured on video.

The police calypso competition was held in conjunction with the annual Fete Fanatik which featured Digital Vibes, WCK  and organizer of the event, Fanatik.