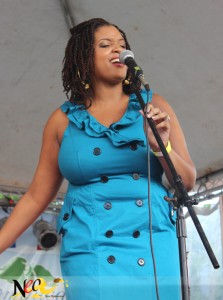 The musicians have packed up and left; the tents are down; the clean up is probably over by now and attention has already turned to next year’s Jazz ‘N Creole following a very favourable verdict on this year’s event.

From the average Dominican individual and family and the visitor, just looking for an aesthetically attractive and entertaining  environment in which to hang out, the jazz enthusiast and the event’s organizers, Jazz ‘N Creole 2013 on May 19, at the Cabrits National Park, received a high rating.

Thousands of Dominicans turned out to enjoy the festival-like atmosphere and for those who were interested, to listen to a performance line up which included Phase 5, Tiffany Mayne, Mel-C, Joy Stoute, Michele Henderson, Eric Ildefonse Quartet, Beethova Obas and International Jazz artiste Monty Alexander.

And judging by the feedback which DNO received on the scene, it was a satisfied group of patrons that left the Cabrits National Park on Sunday evening.

Below are several photos through which our photographer tried to capture the mood of Jazz ‘n Creole 2013.

All photos by Zaimis Olmos