The Cabrits National Park came alive on Sunday, May 15, as Dominicans and visitors alike turned out in large numbers to experience the 7th Annual Jazz n’ Creole Festival.

Local, regional and international artistes performed at this spectacular event which  draws scores of patrons each year.

For the second time, since the festival’s inception in 2010, London-based jazz guitarist, Cameron Pierre, who was raised in Dominica was part of the main stage line up.

He performed with upcoming band ‘Breve’ and Dominica’s very own Michele Henderson.

Pierre first performed at the Jazz n’ Creole Festival in 2012.

“The experience was fantastic, it was amazing. It’s nothing like performing in front of your own people,” Pierre said during an interview with the media shortly after his performance.

According to him in Dominica there isn’t a Jazz culture per say, “so a lot of times the audiences don’t quite know what to expect.”

Pierre advised artistes that if they perform well they will get a good response; however, “If you play rubbish, you don’t get nothing,” the musician candidly admonished.

He explained that he gets really frustrated by the fact that he would have a gig in St Lucia, Barbados or Trinidad and could never find musicians in Dominica who were good enough, because it wasn’t always possible to bring musicians from London because of the expense, “so I only had to get guys from Martinique, Trinidad…”

However, this time around, Pierre praise for the band Breve remarking, “It’s really nice to come across a bunch of musicians” in Dominica performing Jazz music.

Lead singer of Breve, Jade Leatham, said during an interview, that it was amazing, “a once in a lifetime experience,” performing with Pierre.

She said she was surprised by the crowd response.

“I was so surprised. It was so heartwarming to see your own people cheer for you and I felt that they were really proud of us,” Leatham stated. “It was really nice to hear our names being called in the crowd.”

Meantime, Band Leader and Keyboard Player of Élan Parle’,  a six member band from Trinidad and Tobago, Michael “Ming” Low Chew Tung, indicated that although the crowd wasn’t big during their performance, it [the crowd] was much appreciated.

He said that he was happy to see so many members of ‘Breve’ supporting their performance.

“We did our best; we played a lot of nice songs we hoped that they were appreciated,” he noted. “On stage we felt really good about the performance and we delivered 110 percent.”

It was the band’s first performance at the Jazz n’ Creole Festival but Low Chew Tung hopes it won’t be the last, “We like to play, it was a great experience for us and we would like to come to Dominica again.”

Other bands that performed included ‘Soft’ from Guadeloupe. The band was formed in the year 2000 and brings a new kind of music experience.

Digicel Dominica was the main sponsor of the event. 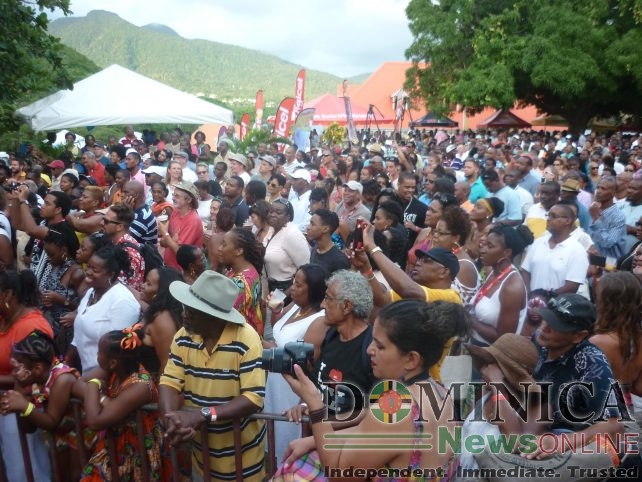