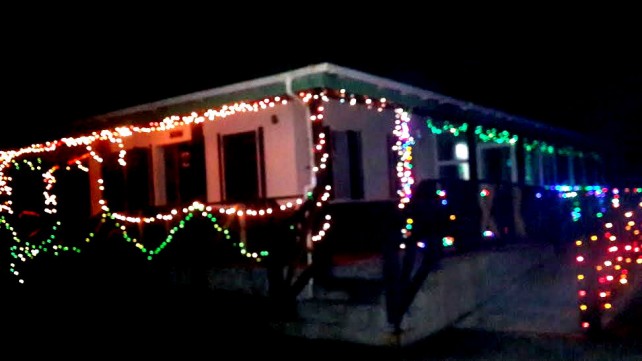 A 13-member group from the Village of Laudat, for the first time, has organized an activity dubbed “Winter Wonderland” at the Fresh Water Lake from December 19th to Sunday 21st.

The activity was organized in order to bring back the feel of Christmas and family togetherness in Laudat, according to organizers.

“It came up as a group idea because we wanted something to do for the Christmas, we realized that persons were really losing the feel of Christmas, or the real essence of what it really means to be together as a family,” General Manager of Fresh Water Lake Adventures, Claudette Rolle told Dominica News Online. “Also it is a part of letting persons know that the Fresh Water Lake exists and there are many things you can do there.”

She continued, “Part of our plans was to put in some day activities including boat rides kayaking, let persons enjoy the ambiance.”

She said the biggest turn-out was on Friday night (December 19).

“The biggest turn-out was on Friday when visitors, as well as villagers, turned out in large numbers to give their support,” she noted.

Rolle stated further that in order to give back to the community, the senior citizens who reside in Laudat was treated to lunch on Sunday (December 21).

“We had a list of 24 persons but I guess because of the age and health some could not show up for the lunch, so we delivered lunch to seven people and about fifteen showed up at the Fresh Water Lake for their lunch,” she stated. “It was nice and you can see the people enjoyed it. They also met friends that they did not see in a long time.”

Meantime, Rolle revealed that because of the just concluded general election and the limitations of sponsors, some of the activities planned were cut out.

“Some of the activities like Santa arriving and giving gifts, we were unable to do that,” she stated.

Additionally lights at the venue were limited because this turned out to be very expensive.

The main sponsors of the activity were DOMLEC and the government of Dominica.

It is expected to be held as a yearly event.