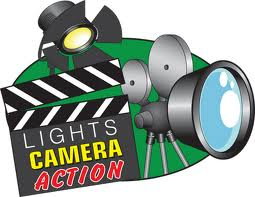 Dominica could soon have a local film industry.

Film Commissioner Anita Bully told the official opening of the third Traveling Caribbean Film Showcase at the Alliance Francaise last night that systems are in place to develop the industry.

“Dominica’s airwaves are being bombarded by foreign material that promotes foreign values and attitudes. The film office has been liaising with local producers and film makers, encouraging them to come together to form an association and keeping them informed of training and funding opportunities,” she said.

Bully said the film office will also be continuing to liaise with the cable networks to increase local programming there.

“There are currently a number of other visual production companies and groups in Dominica and ground work has already been done for the creation of an audio visual association, a lot of them are not registered so that something we need to advise them on,” she explained.

“This is an extremely significant event for the Caribbean and especially for us here in Dominica, as it would contribute to the development of cinema and audio visuals. We need to see more films and documentaries about ourselves and the world. We have a lot of stories to tell in Dominica. Stories that can be shown locally and on regional television,” he said.