Jamaican dancehall mega star is among the headline acts for LIME Creole in the Park 2012.

Creole in the Park (CITP) has become a staple of pre-independence celebrations in Dominica and will run this year from October 22 – 25. It will feature some of Dominica’s best talents alongside more established artistes.

It also gives young artistes the opportunity to debut at a major event.

This year’s event will include soca acts, a reggae act, will introduce a gospel artiste and the performance of what has been described as a ‘cadence legend.’

Included in the line up are Colton T, WCK, Asa Banton, Triple K, Swinging Stars, Ti Orkest among others.

This year’s CITP will see patrons paying increased entrance costs on all days, with days one, two and three now set at $5 and day four at $10.

Speaking at the media launch of this year’s CITP on Thursday, LIME Country Manager Jeffrey Baptiste, said it is going to be the biggest and most exciting so far.

Below is the schedule for the event. 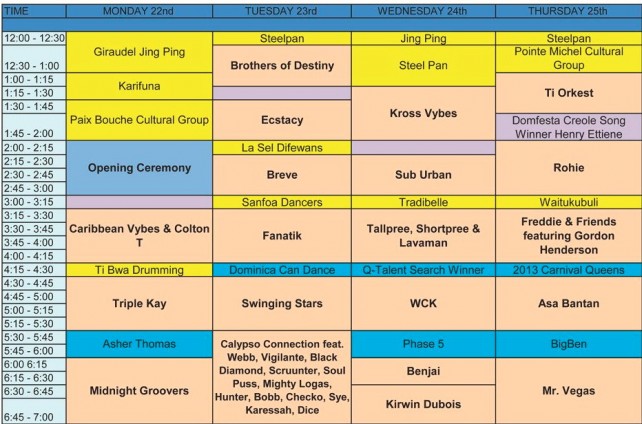