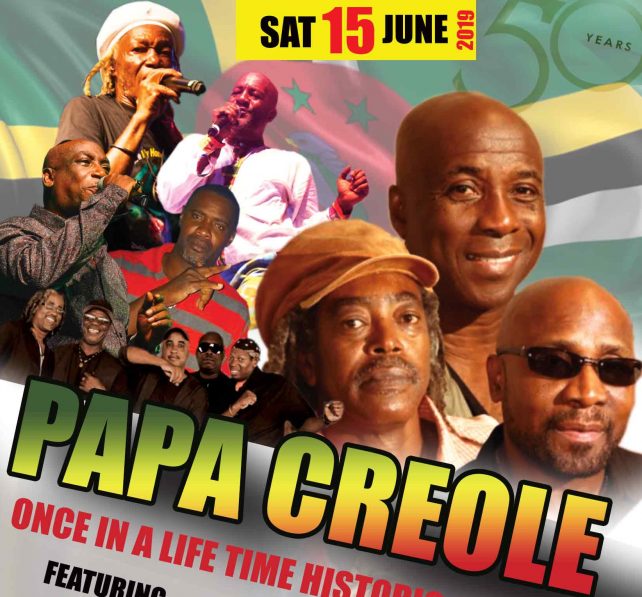 Cadence-lypso legend, Gordon Henderson is encouraging the public to make an effort to come early for what is being described as an historic ‘Papa Creole’ concert.

The event is carded for Saturday 15th June at Windsor Park Stadium forecourt from 8:30pm.

According to Henderson, popular cadence band ‘Exile One’ will perform early.

“We will be on early so you better come early,” Henderson said during an interview on Q-95 Radio.

Organizer of the Papa Creole Extravaganza, Leroy “Wadix” Charles said music is something that people have to cherish.

“We understand how important cultural industries and music is for us as a people so let us not just sideline it and put it aside,” Charles said.

Other artists that will be highlighted at the show are, Phillip ‘Chubby’ Mark and Midnight Groovers, Original Bouyon Pioneers (original WCK) and Prince Wadix.

Tickets for the concert are available at Bully’s Eye Pharmacy, the office of Val Ferry and Depex.

Meantime, a ‘meet and greet the artist’ event and awards ceremony to recognize some artistes will be held at Fort Young Hotel this evening from 7pm to 9pm.