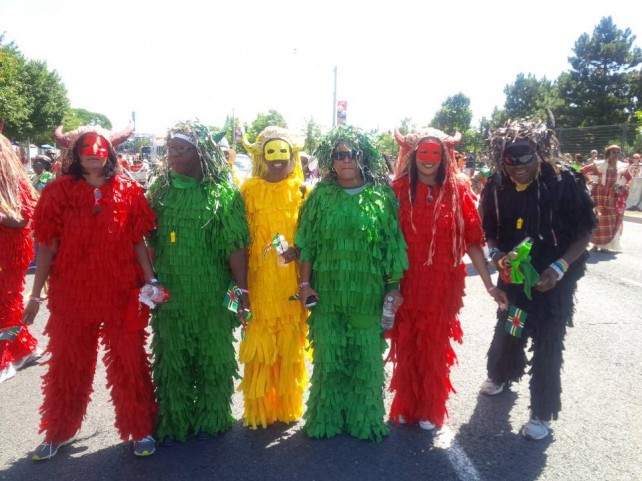 Dominica was well represented at the Scotiabank Caribbean Carnival Grand Parade, in Toronto earlier this month.

Dominicans who participated in the parade appeared in a guest band named “Dominica! A Creole Paradise.”

There was a vibrant display of ‘Ole Mas’ wearing the island’s national dress the Wob Dwiyet and Jupe, along with traditional carnival costumes, the Sensay and Souswell Souwi, all reminiscent of the island’s first Carnival celebrations of the mid 1800’s.

Below are some photos from the event.