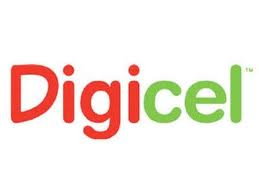 Digicel, Dominica’s Bigger, Better network today announced Mr Isaac Etienne of Penville and Ms Jo Anne Commodore of Pottersville as the first two lucky winners of this month’s ‘Text to Win’ competition, walking away with $1,000 each in cash.

Mr Etienne and Ms Commodore were both contacted on November 24th by Digicel’s Marketing Executive, Calvia Timothy. Mr Issac commented that this was his second time being a lucky Digicel winner and that the prize had come at a very opportune time ahead of Christmas.

Amazingly, Ms Commodore, a Digicel postpaid customer, said; “WOW! This cash prize comes as a great surprise to me as it is my second time being a lucky Digicel winner.”

With this month’s ‘Text to Win’ competition, Digicel is giving four lucky customers a chance to win EC$1000. Each week, one lucky winner will walk away with $1000 cash. There is no restriction on the number of entries, so the more times customers text ‘MILES’ to 7171, the more chances they have to win.

Digicel Dominica’s Marketing Manager, Nathalie Walsh, said; “Digicel is delighted to be delivering the very best value to its customers across the country by bringing early Christmas presents to lucky customers each week. Congratulations to our lucky winners, Isaac Etienne of Penville, and Jo Anne Commodore of Pottersville, and we look forward to giving away many more prizes in the coming months.”