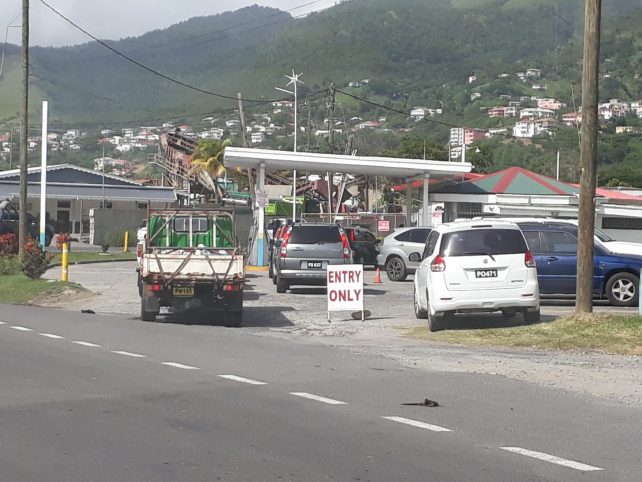 With immediate effect, gas stations on the island are now allowed to operate between the hours of 6:00 a.m and 9:00 p.m daily.

Minister with responsibility for National Security and Home Affairs, Rayburn Blackmoore made this announcement today.

He repeated an earlier announcement which had been made earlier that supermarkets and pharmacies are also allowed to remain open on Sundays during the hours of 6:00 a.m to 1:00 p.m.

The Minister’s statement follows a decision by some fuel service stations in Dominica to cease operation from September 3, until further notice.

The action by the fuel retailers stems from a breakdown in negotiations between the Association of Fuel Retailers in Dominica and the government over the regulations affecting the profit margins of the gas station operators which the association insists would cause a “collapse of this critical industry” if it was not dealt with as a matter of urgency..

The closure of certain gas stations on Friday resulted in major traffic jams in and around the city of Roseau as motorists cued up at the service stations which were open, to stock up on fuel, a situation which was repeated today.

Meanwhile, the police have made it clear that they will not tolerate mass gatherings at the rivers and beaches on the island.

Acting Deputy Chief of Police, David Valerie says that although there are no restrictions on people recreating at these locations, he advised that section 8 of the SR&O 26 makes it an offense for more than ten people to be gathering in an area.

The Deputy Chief further appealed to the public to  wear a mask when in public as this is mandated by law as the police will continue to charge those who fail to abide by this law.