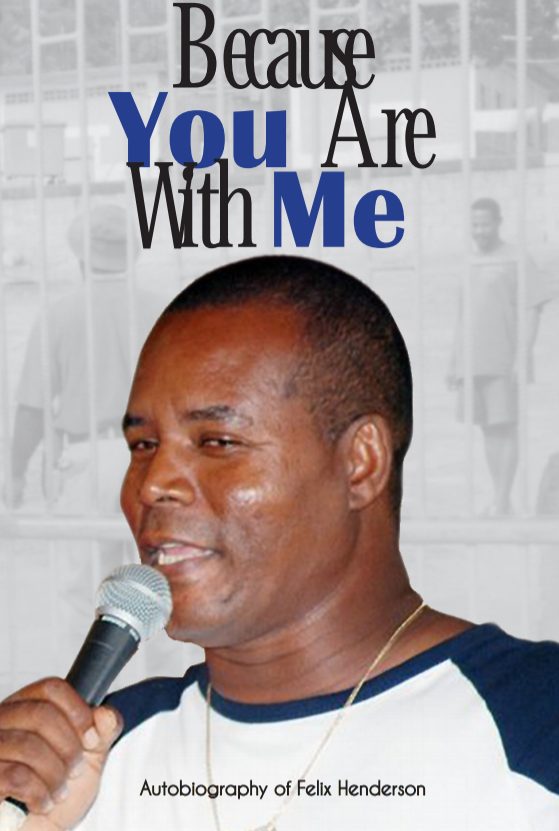 Dominican radio personality, producer, and cultural icon Felix Henderson has published his 253 page autobiography, Because You Are With Me.

Published by Pont Cassé Press in Canada and printed by Lericon Printers in Dominica, the book chronicles Mr. Henderson’s extraordinary life as an employee of state owned DBS Radio, during which he pioneered broadcasting in the Creole language, commenced reading competitions and conducted a number of investigations about the plight of prisoners, street people, garbage collectors and patients at the Princess Margaret Hospital.  More than this, Mr. Henderson gives excruciating details about the many personal hardships he had to overcome while growing up in Grand Bay.  His candid recounting of these challenges makes his success in radio even more astonishing.

In an Introduction to the Book, Dr. Irving André writes that “Because You Are With Me is a heart wrenching and riveting account of an extraordinary man who has made an indelible mark on Dominica and on the world.”  He describes Mr. Henderson as “a gem beyond compare.”

The book will be soon available at Jays Bookstore, DBS Radio, Q95 Radio, and for those seeking a signed copy, from Mr. Henderson himself.  It will also be available for purchase at an official book launching ceremony within the next two weeks.