Prime Minister Roosevelt Skerrit has announced that the first phase of the new National Hospital will be handed over at the end of this month.

He made the announcement to the media after a visit with members of Cabinet and the media to project site of hospital.

“First of all I want to say how pleased I am for the great efforts which the contracting firm has put into the construction of the hospital and more specifically the first phase of the hospital recognizing the tremendous challenges which they experienced and all of us experienced after the passage of Hurricane Maria,” Skerrit said.

The prime minister described the work that has been done so far as exceptional in terms of efficiency and also the quality of work.

He thanked the Government of the People’s Republic of China for their great friendship and commitment to Dominica.

“We believe it’s a wonderful way to celebrate the 15th Anniversary of our diplomatic relations by the handing over of the first phase of the China-Dominica Friendship Hospital,” Skerrit stated.

He went on to say that the hospital will impact every single family and individual in Dominica, “as health transcends all walks of life and all ages.”

He said it is “a long awaited” major investment.

“Clearly, the existing PMH has outlived its usefulness and with this new hospital,…we have no doubt there will be an improvement in the delivery of healthcare services to Dominica,” adding that that there will also be an increase in the services which are being offered to citizens and very likely to neighbouring islands.

“So we will very well see ourselves in a situation where we move from our citizens going out to seek medical intervention,” Skerrit stated.

He indicated that his government has purchased additional and new equipment for the new hospital.

“I have been advised [that] as a requirement, there will be a period where the handing over and the use of it which will be about 40 days to ensure that everything is in place and sanitization of the facility, because after all it is a hospital and it has to be properly sanitized,” he noted.

Meanwhile, China’s Ambassador to Dominica, His Excellency Lu Kun said on completion, the China-Dominica Friendship hospital will be beneficial to generations of the Dominican people.

He said the 9 building building hospital and other projects is a token of China’s friendship to the people of Dominica. 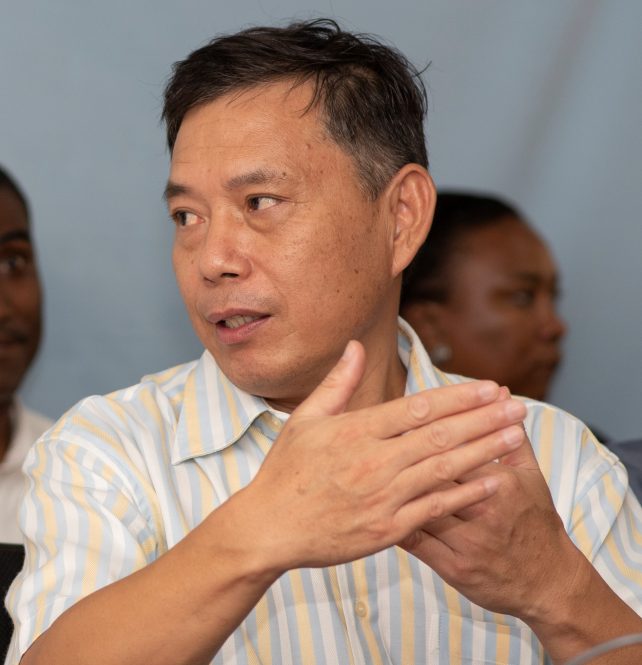