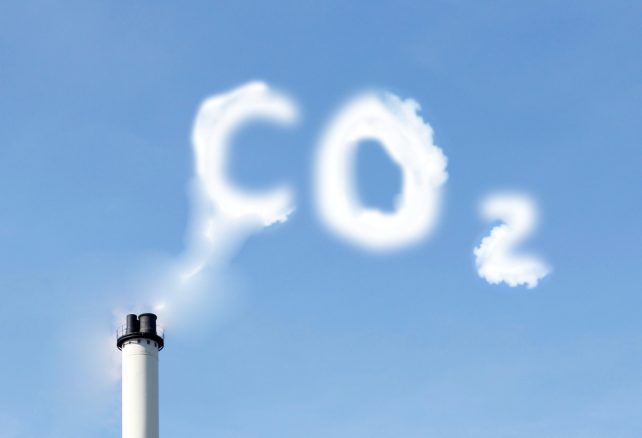 Dominica continues to call on the major polluters of the world to take more aggressive actions to reduce global warming.

Minister of Foreign Affairs, International Business and Diaspora Relations, Dr. Kenneth Darroux reiterated that call when he addressed the 76th Session of the United Nations General Assembly earlier this week.

While Dr. Darroux did not name any specific countries, data on the subject from 2019 show China, the  United States and India, in that order, leading the list of the top ten producers of carbon emissions in the world.

He said according to the World Bank study entitled: “Turn Down the Heat”, the number of severe hurricanes is projected to increase by 40 percent, with double the intensity, as warming rises by 2°C and up to 80 percent in case of a 4°C warming.

“Distinguished delegates, Dominica continues to call on the major polluters to take more aggressive actions to reduce global warming, as our planet will not be able to sustain life as we know it, if they continue to pursue their unsustainable systems of production and consumption unabated,” the minister told the UN meeting.

Citing Dominica’s efforts to become the world’s first climate resilient nation and the country’s commitment to do more than just adapt to the impact of climate change, Darroux urged these major polluters to take up their responsibilities “to support small island developing nations like ours, to achieve these goals.”

“Dominica looks forward to the renewal of discussions at COP 26 [UN Climate Change Conference 2021] in a few weeks’ time, where commitments made under the Paris agreement can be re-visited and honoured, especially as it pertains to climate financing,” Dr. Darroux noted. “This is a matter of climate justice! ”

Meanwhile, the minister said that Dominica continues to pursue the development of its geothermal resources as this will allow the country to move away from the importation of fossil fuel for the generation of electricity within the next five years, while also reducing the cost of electricity to our people.

“The development of geothermal energy also has the potential to sustain clean mobility and to create a new industrial revolution powered by a cleaner and more affordable energy,” Dr. Darroux stated.

He said that to-date, Dominica’s efforts to develop its geothermal potential have been supported by several partners: the UK, World Bank, SIDS DOCK, Caribbean Development Bank, Inter-American Development Bank, the European 8 Commission, the Government of New Zealand, the Clinton Climate Initiative and the United Arab Emirates.