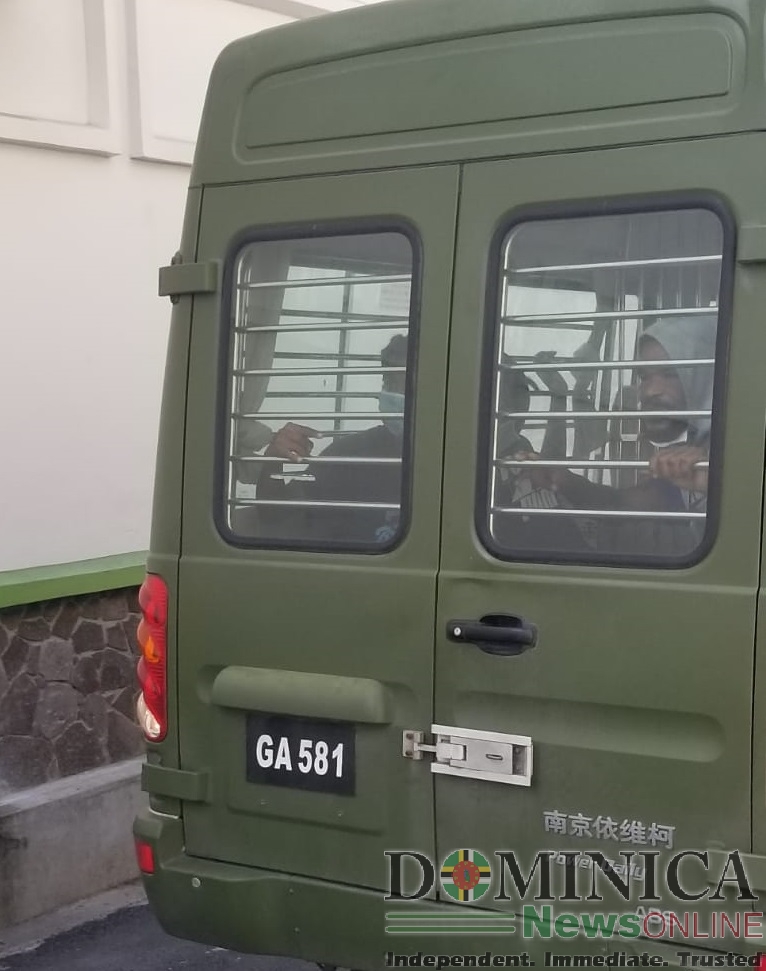 Four men accused of the murder of 58-year-old David Aires Esprit of Campbell have been remanded into custody following their appearance before a Roseau Magistrate.

Fourty-nine (49) year-old Vanty Lestrade Alexander and his son 25 year-old Brad Alexander  as well as Kendel Toussaint, 24, all of Campbell along with Akim Jno Lewis aged 20 of Mahaut were jointly charged with the offense of murder on March 18, 2022.

According to the charge of the police, it is alleged that between February 25, 2022 and March 11, 2022, at Campbell Road, the men unlawfully murdered Esprit contrary to law.

At their court appearance today (March 21,) the charge  was  read to them. However, since murder is an indictable offense, they were not required to enter a plea as the matter is expected to be tried at the High Court before a Judge and jury.

On March 10, 2022, the body of Esprit was found in an advanced stage of decomposition in Layou Valley in an area known as York Valley.

Esprit was reported as missing by his family to the police on February 27, 2022, and merely a week later his vehicle was found in a remote area in the heights of Layou Park in a precipice.

Days later, his body was discovered  in a ditch about 10 feet off the public road in York Valley.

At the court proceeding, veteran attorney Zena Moore Dyer  who represents the accused men made no application for bail for her clients as she stated that she had not received any instruction from them as yet.

However, acting Director of Public Prosecution (DPP) Sherma Dalrymple announced that she would have objected to the bail application had it been put forward by the attorney.

Despite the absence of a bail application, presiding Magistrate Michael Laudat informed the men that by virtue of section 6 of the bail act, bail was not granted to them.

He advised their attorney that an application for bail could be made at the High court which Dyer said she would do “when the time comes.”

In attempting to set a date for Preliminary Inquiry (PI), the court was faced with some setbacks.

An initial date of June 30, 2022, was not suitable for the prosecution for the start of the PI as Dalrymple stated forensic evidence needed for the matter was outside of the courts jurisdiction.

She however asked the court for its earliest available date in order to induce evidence from the pathologist who performed the autopsy on the body of the deceased as the said pathologist had indicated to the court that she will be departing the jurisdiction on April 16, 2022.

Dyer then objected to this request as according to her she had not received any disclosure from the prosecution. She further added that the said forensics evidence may be needed at the time that the pathologist is present in court to cross-examine her.

Magistrate Laudat, clearly perturbed, reprimanded the senior attorney for what he considered an attempt to “delay justice.”

“When members of the public enter my courtroom they must be satisfied that if nothing else,  justice appears to have been served.

In the video below, the accused men can be seen entering the police vehicle for transportation to the state prison.