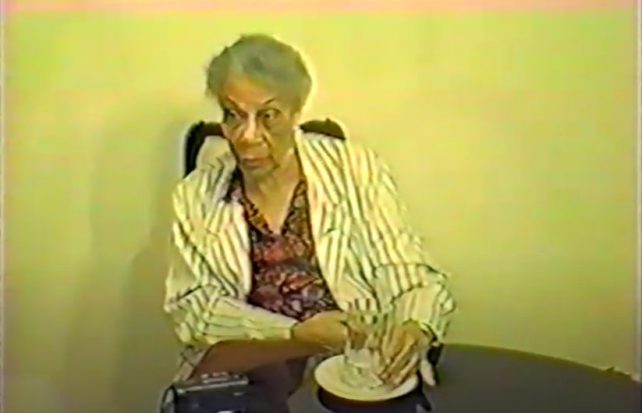 Dame Mary Eugenia Charles was the prime minister of Dominica in a Dominica Freedom Party (DFP) administration from 1980 to 1995. After fifteen years in government, the DFP lost to the United Workers Party (UWP) in the 1995 general election.

The following year (on October 10, 1996), Dame Eugenia was interviewed by US-based Dominican, Gabriel Christian, at his home in Upper Marlboro, Maryland. According to Christian, the interview session spanned an entire day, from 9am to about 9pm, “with breaks for breakfast, lunch and dinner.”

Posted below is a small part of that marathon interview. Please note that the interview was originally recorded on VHS tape which was later digitized.