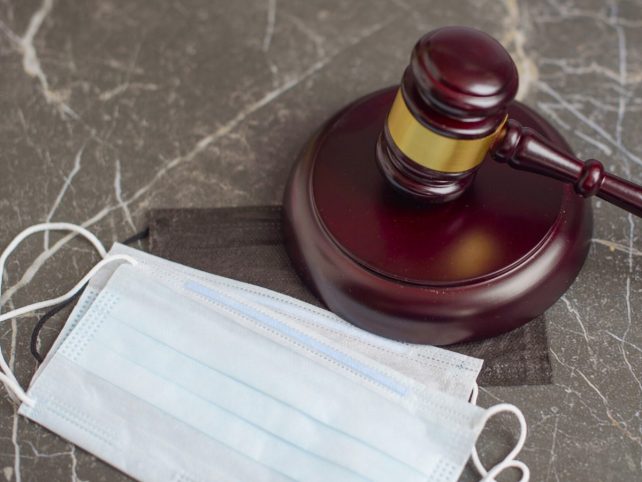 A potential legal battle has ended amicably as the North Eastern Funeral Association (NEFA) has handed over to her family, the body of a woman who died from Covid-19.

Last week, contention grew sharply between NEFA and the Cadette family who contended that the funeral home was denying their right to closure by preventing them from viewing the body of their mother whose death was COVID-19 related.

As a result, the family had demanded that NEFA hand over the remains of the 78-year-old but the association denied that request.

Having exhausted other options, the family took the matter to court.

A daughter of the late Althea Marianna Cadette of La Plaine, better known as Dada and who resided in Morne Jaune, had previously informed Dominica News Online (DNO) on October 21, 2021 -the day of her mother’s funeral – that the family had sought and obtained from the court, an injunction preventing NEFA or the Ministry of Health from burying or disposing of her remains.

A date of October 25, 2021 was set when the High Court Judge would make a final determination in the matter.

In his letter dated October 21, Behanzin contended that in refusing to allow the family to view the body, his client was simply acting on instructions from the Environmental Health Department of the Ministry of Health, Wellness and New Health Investment.

He said based on the instructions, the bodies of all Covid-19 infected patients must remain closed and no viewing is allowed at any stage, whether at the funeral home, the church or the graveside.

Behanzin further claimed that a family member had turned down an opportunity provided by NEFA to accommodate the family by unzipping the body bag in order to allow them to view the face of the deceased, an arrangement which he said the Chief Environmental Health Officer agreed to while the Department amended the procedure for the safe management of the dead.

The attorney ended his letter by informing the family’s lawyer that they would not receive any damages as his client is not liable for any of the “erroneous claims made without conducting any investigations or even a simple review,” and labelled the letter sent by attorney Shilingford-Marsh on behalf of the family as “an act of extortion in the circumstances.”

The family of the late Althea Marianna Cadette has since informed DNO that the body was handed over with little intervention from the court.

“The court’s decision was that we mediate because the lawyer for NEFA was not prepared [to deal with the matter] on the day of the hearing. The funeral home then decided to hand over the body of my mother,” a family member revealed. “She has since been moved to Lyndhurst funeral home where the body will be prepared for viewing by the family and burial on Thursday [October 28].”