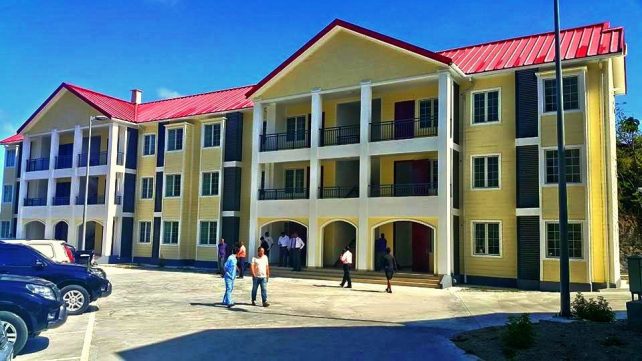 Furniture manufacturers in Dominica have been given the assurance that a number of them will benefit from the government’s housing programme.

Prime Minister Roosevelt Skerrit and other Government officials met with the manufacturers at Windsor Park Stadium on Thursday.

“This is a sincere engagement of the furniture manufacturers in the country and I would sincerely urge you to treat it with the same seriousness in which the government is presenting it to you,” the prime minister said.

He said that going forward, the Government has taken a decision to use only locally manufactured kitchen cabinets and closets in all of the homes that are being built in Dominica.

According to the prime minister, his government is also taking that a step further and in respect to school furniture, “we will utilize local artisans, local furniture makers to manufacture furniture for our schools in Dominica.”

Project Manager for Montreal Management Consultants (MMC), Chris Timmins, said at the meeting that 230 new homes will be added to Dominica’s housing stock over the next few weeks.

He said since 2018, MMC had completed over 1000 new homes with more than 150 currently under construction. The additional 230 homes according to Timmins, will all require kitchens and it is anticipated that the first kitchens will have to be fitted on-site in six months’ time.

The MMC manager stressed that all the material must be of good quality.