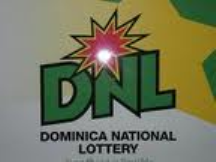 A 74 year old man of Grand Bay has finally decided that it was time to claim his $270,000 prize from the Dominica National Lottery (DNL) following a national plea for the lucky ticket holder to claim their prize earlier this month.

Joseph Samuel is now an elated winner and the first for the year for Dominica in the Super Six games.

“I bought the ticket and I just dropped it on my seat,” Samuel said at the brief ceremony earlier today, adding that “when I heard the numbers the morning, when I looked I saw it.”

The winner did not reveal any plans for the newly acquired funds and admitted that he is a regular player.

“When I play, I play with trust and confidence,” he stated, adding that he will continue to play the game.

“I will continue to play indefinitely as long as I can, I will play, a win is a win, a must win is a must win.”

Marketing Manager at the DNL, Ken George, said the winner has 90 days (3 months) to claim the prize; it should be redeemed as soon as possible.

He said that Samuel is “indeed extremely happy to be our first Super 6 winner for 2014.”

During the year, there were four winners in the Super Six game in the playing countries of the Wind Ward Islands of St. Vincent and the Grenadines, Grenada, Dominica and St. Lucia.

Three winners went to St Lucia and the fourth to Dominica.

According to the DNL website, the game was introduced to the public on December 12th 2005 and replaced the multi-jurisdictional game WinLotto.

The Super Six game carries a starting jackpot of $200,000 and players choose six numbers between 1 and 28.

It is played two times a week and each ticket costs $3.