It’s not every day you walk on the beach, spot a bottle, see there is a message in it and realize it has been floating on the sea for the past six years.

Well, this is exactly what happened to Lena James of Marigot.

James, of the Classique Guest House in Marigot, was walking on the beach with a guest from Holland near the mouth of the Melville Hall River collecting driftwood on December 31 when they spotted a bottle.

Curious, they picked up the bottle.

“Then we realized there was something in there,” she recounted to DNO.

They managed to open the bottle only to realize there was note but it was written in German. 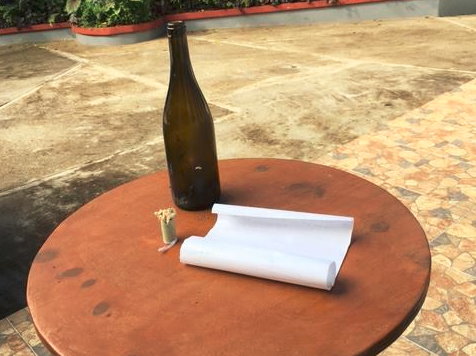 Since James’ guest know some German, he read it.

It turned out that the bottle was dropped in the sea by a 10-year-old German girl near the Canary Islands around June 2010 and has eventually washed ashore at the beach in Melville Hall and was discovered by James and her guest.

Contact was made with the relatives of the girl who in turn contacted James in Dominica.

“She said she had written the letter, placed it in the bottle and dropped it in the sea….. she was hoping someone would find it and return it to her,” James stated. “It was just amazing that it came all the way to Dominica.”

She said the young lady is excited about the bottle being found although she had no idea where Dominica was and thought it was the Dominican Republic.

“So what we want to do is to actually invite them to come to Dominica,” she stated.

She explained that her guest left Dominica on January 3 and has taken the bottle to be reunited with its owner.

James is amazed the bottle was even found.

“I don’t know when it washed ashore, but it was just amazing to see the bottle just lying right there,” he stated. 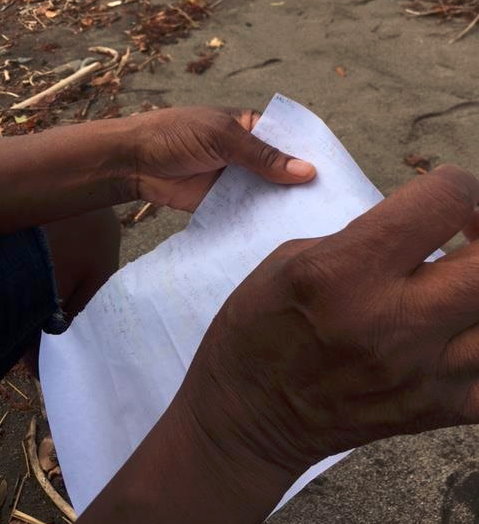