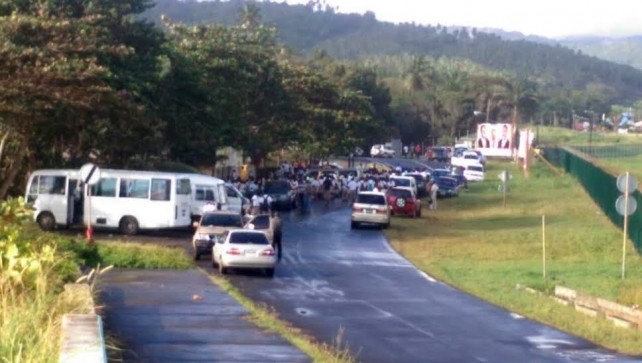 Bus drivers plying the route between Marigot and Londonderry have decided to stop services, at least for now, because sea water has covered the road near the Douglas Charles Airport in Melville Hall.

One bus driver told Dominica News Online that the sea has been breaching the seawall in the area since Monday.

He said the road is now covered with sea water and bus drivers have decided not to drive through it since the salt water has the potential to damage vehicles.

Those heading to work are also affected.

DNO also learnt that a bus load of students were drenched on Monday as bus drivers drove through the area.

Road blocks have been set up in the area and many of those stranded are asking for the authorities to do something about the situation.