An impasse between the government, Public Works Corporation (PWC) board and workers reached new heights on Wednesday after police surrounded the corporation’s compound in Goodwill.

The workers have been holding protest action for weeks now over a non-payment of salaries and a number of other issues.

DNO understands that police, in combat fatigue, arrived at the building in the wee hours of Wednesday morning.

The action of the workers has been deemed ‘illegal’ by Public Works Minister, Ian Pinard.

The board has also said the protest is illegal and met on Tuesday evening to discuss it and put an end to it.

General Secretary of the Dominica Public Services Union (DPSU), which represent the workers, Thomas Letang, said the matter is more than just the non-payment of salaries.

He said about $700,000 owed by the government to Social Security on the behalf of the workers is not being discussed.

An MOU, which was to be signed between the board and workers, is also a point of contention since it has not been signed.

DNO is following this developing story and will publish more information later. 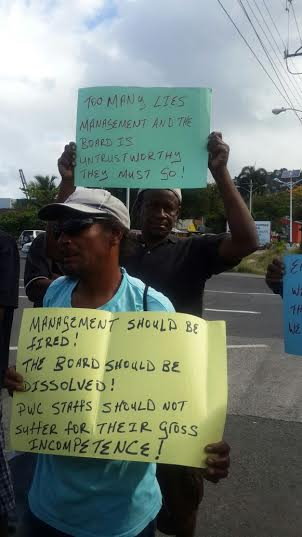 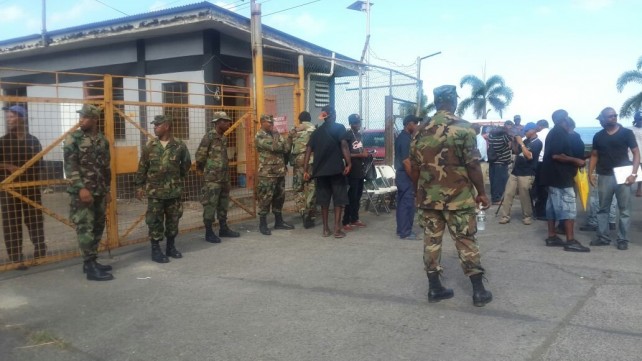