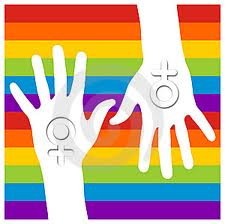 Prime Minister Roosevelt Skerrit is adamant that buggery laws on the books in Dominica will not be repealed pointing out that he has not heard any ‘compelling’ argument to support such move.

“The government’s position in relation to this matter is stated in law and this matter is still on our books and will remain there for the foreseeable future,” he said on state-owned DBS Radio on Monday. “I don’t think any compelling argument can be made for it to be repealed.”

Newly formed minority rights group, MiriDom, recently shoved into the spotlight the issue of treating homosexuals equally in Dominica. The group has hinted it intends to ask the government to take another look at the buggery laws in Dominica with a view to having them repealed.

Skerrit said his government is willing to meet with the group, since members are citizens of Dominica and they have a right to express their views but stated that repealing the buggery laws is out of  the question.

“One has to look at the broader context of this request,” he stated. “As it is now, anybody who wants to engage in whatever activities can do so in the privacy of his home but one should not believe that the government is prepared, or thinking of or wanting to make this a public affair.”

He noted that if the buggery laws are repealed then other laws could also follow suit.

“The point is, it could be buggery today, tomorrow it will be incest and what other law they will want the government to repeal?” the prime minister remarked.

Meanwhile MiriDom has been getting high marks among groups that are pushing for gay rights internationally.

“Congrats to the new Dominican LGBT group Minority Rights Dominica (MiriDom) and their leader, Daryl Philip, for continuing a robust discussion on human rights for LGBT on the island,” a website named Queer Church News ran as its headline on Monday.

Queer Church News has described MiriDom’s approach as innovative. “MiriDom is localizing the issue of human rights for LGBT through an innovative approach of using the Catholic church to call for decriminalization,” the website said.

The site reminded its readers of a incident in March 2012 in which two gay men were arrested and charged for having sex on the balcony of a cruise ship. The matter gained international attention with many gay groups calling for a total boycott of visits to Dominica.

The site also said that “MiriDom also has an ongoing poster campaign, supported by AIDS-Free World, which calls for respect of human rights for all Dominicans.”

“These posters are placed in local watering holes, etc. and have generated a good amount of discussion on what human rights means,” the site stated.

Philip has confirmed that the poster campaign is ongoing and said it not just about homosexuals. “It is all about respecting other people’s right to be,” he said.