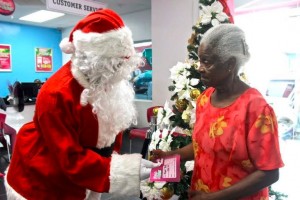 The joy of Christmas came early for over twenty-five lucky customers of LIME with gifts of Samsung Galaxy tablets and cash in the LIME ‘Share the Cheer’ Christmas campaign.

Imagine the thrill and excitement at the LIME flagship store on Friday when ten lucky customers were each presented with a Samsung Galaxy tablet. “This is going to be a Christmas gift to my granddaughter “said one lucky winner, while another boasted of the good fortune of being one of the top customers to win the much sought after Samsung Galaxy Tablet. In addition, fifteen customers received cash totaling over two thousand dollars which many confirmed will be put to the best use this Christmas season.

To qualify for a chance to win, LIME’s prepaid customers needed to topup $15 or more while postpaid customers including fixed line & internet, simply continued their usual practice of paying their bills in full and on time.

Head of Marketing & Corporate Communications Kareem Guiste says the sharing continues this Friday when another twenty-five lucky customers will get the awesome news of being among this week’s winners.

Guiste also confirmed the introduction of a new promotion this week which entitles qualified customers to win LPG gas cylinders and fuel vouchers up to one hundred dollars. This new initiative requires customers to topup twenty-five dollars or more to be in the draw to win. “It’s all about appreciating and giving back to our customers for their support and loyalty to LIME in 2013” commented Mr. Guiste.

Over forty-five winners will all be presented with their prizes, cash and vouchers during LIME’s Friday afternoon ‘Share the Cheer’ Christmas outside broadcasts at the LIME flagship store in Roseau. More than one hundred customers will win over one hundred thousand dollars in gifts and cash through-out the Christmas season from LIME. 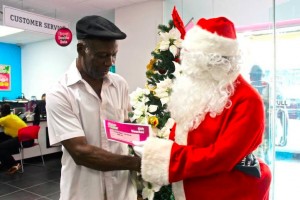 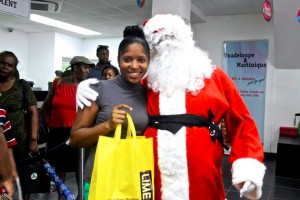 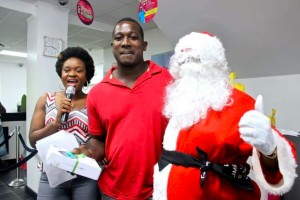 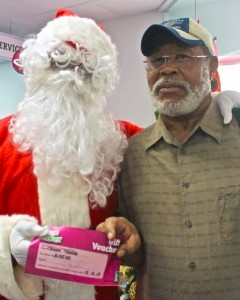