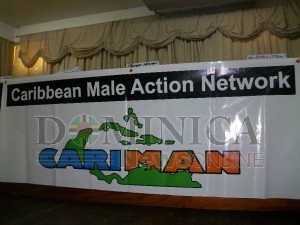 CariMAN (Dominica) joins many individuals and organizations globally in observing International Men’s Day which is celebrated annually on November 19.

This year’s theme is: Working Together for our Boys and Men.

International Men’s Day (IMD) was conceived and coordinated in Trinidad and Tobago on November 19, 1999, by Dr. Jerome Teelucksingh from The University of the West Indies. His rationale for creating International Men’s Day stated, “I realized there was no day for men…some have said that there is Father’s Day, but what about young boys, teenagers and men who are not fathers?”

He felt that his own father had been an example of an excellent role model and so he chose November 19 partly because this was his father’s birthday, and also because it was the date on which a local sporting team in his country created a level of unity which transcended gender, religious and ethnic divisions.

To observe IMD 2014, CariMAN Dominica has planned various activities in collaboration with partners including the Bureau of Gender Affairs, The Dominica Planned Parenthood Association, Ministry of Education and the Child Abuse Prevention Unit.

CariMAN members will visit schools, engage the public through the media and recognize deserving males in Dominica who have made a difference in their lives and that of others and who have also made significant contributions to nation-building. CariMAN will also engage the general public in a Panel Discussion in defining the role of boys and men in our homes and communities.

CariMAN and the Bureau of Gender Affairs invite Dominican boys and men to lead a Walk on Saturday, November 22, form the Dame Eugenia Charles Boulevard to Mahaut to celebrate boys and Men’s successes and achievements. Men and boys have a lot to celebrate and to be proud of. We are asking families, clubs, organizations, churches, business places and others to join the WALK and make it a success. Let us show our boys and men that we love them and we appreciate them for being responsible and accountable.

Five exemplary males will be recognized at the finishing line of the WALK. Some participants will also receive prizes, including a special prize for a father and son who complete the walk.