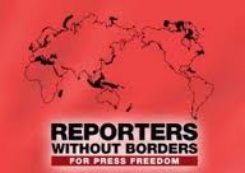 Dominica has ranked 11 among 35 nations in the Americas and 40 among 192 countries worldwide when it comes to the freedom of the press, according to the Paris-based Reporters San Fronteres (RSF) in its 2013 Global Press Freedom Ranking.

In the Americas St. Lucia is ranked number one followed by St. Vincent and the Grenadines at 2, Jamaica at 3, United States at 4, Barbados at 5 and Canada at 6.

Other Caribbean countries ahead of Dominica in the Americas are the Bahamas at 8 and St. Kitts at 9.

On a global scale St. Lucia leads in the region at 12.

Other Caribbean countries ahead of Dominica globally are St. Vincent and the Grenadines at 21 and Jamaica at 23.

In a summary of the report RSF said in the countries of the OECS, which include Dominica, direct pressure from political authorities on news media and failure to move ahead with the decriminalization of defamation remain an issue for the press.