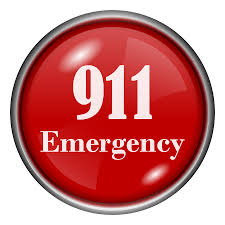 Government will soon launch an enhanced emergency system that will have an impact on the way emergencies are responded too in Dominica.

This was revealed by Minister for Information, Science, Telecommunications and Technology, Kelver Darroux while delivering remarks in Parliament on Thursday.

According to him, this new initiative was funded by the Universal Service Fund (USF) at a cost of $1.5-million.

“Through the Universal Service Fund we will be launching an enhanced emergency system, 911,” he said. “This will significantly impact on the response to emergencies by the police and the Fire and Ambulance Services across the country.”

Darroux stated that the launching ceremony of this enhanced emergency and response system is expected to take place next week.

He also said the government will embark on a program that will bring broadband across the island.

“We will embark on a programme as well to ensure the establishment of smart rural centres and we made provisions in this financial year for it, to ensure that we can bring broadband to every sector and every segment of this country,” he noted.

Darroux continued, “The ordinary citizens wherever they may be in this country they can have access to the internet. All of this will continue to work towards this financial year.”