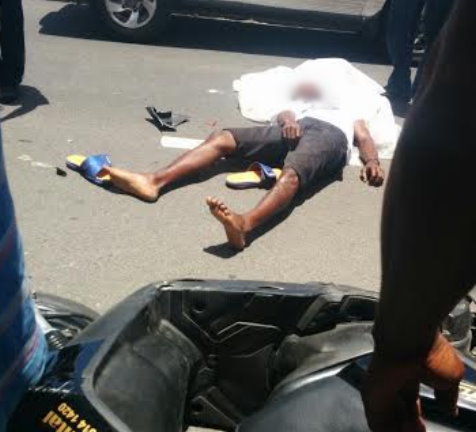 Facing such grim statistics, the Ministry of Health (MOH) and Environment Violence and Injury Surveillance System (VISS) Committee has developed a draft National Strategy and Plan of Action for the Decade of Road Safety with assistance from the Pan American Health Organization (PAHO) and Ross University.

Additionally from May 4th to 10th Dominica will join the rest of the world to observe the 3rd annual Road Safety week under the theme: Save Kids Lives.

A number of activities will be undertaken by the Traffic Department of the Commonwealth of Dominica Police Service, in conjunction with the Violence and Injury Surveillance System (VISS) Committee.

They include an address by the Minister for Justice Immigration and National Security, Rayburn Blackmoore, media public awareness; promotion of use of seat belts and helmets; demonstration on pedestrian and street crossings by the police and distribution of bumper stickers.

The highlights of the week are a stake-holders workshop to review the draft National Strategy and Plan of Action for the Decade of Road Safety and a town hall discussion on Road Safety by the Police, Ministry of Health and Environment, the Bus and Taxi Associations and Insurance Companies.

This discussion takes place on Thursday May 7, 2015 at the Ministry of Health Conference Facility (Old APU building) at the Princess Margaret Hospital from 7:00 pm.

The objectives of the week is to promote safer road use among children, increase awareness on road safety among the general public with special awareness of child road users.

According to the UN, very year about 1.3 million people around the world lose their lives due to road traffic crashes and it is projected that this figure could rise to 1.9 million deaths by 2020 without effective action.

Dominica was hit with a series of road accidents, some fatal, last week.