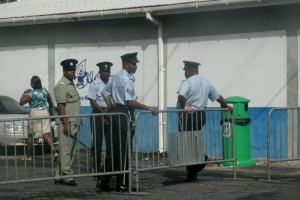 The police were out around the parliament building in their numbers on Monday morning in preparation for a sitting of the house and a planned public meeting by the Opposition United Workers Party.

The entrance to High Street and the section of Victoria Street from DBS Radio to Fort Young Hotel were all blocked to vehicular traffic.

Persons attempting to enter those areas had to seek permission from the police.

The presence of the police, some dressed in military fatigue, and the barricades caused a huge traffic snarl for commuters coming from the south of the island.

The Parliament will be meeting this morning to finalize  the process for the election of a new president. The new president is expected to be sworn in this afternoon.

The UWP has deemed the process leading to the election unconstitutional and will be holding a public meeting, near the parliament, to register their disapproval. 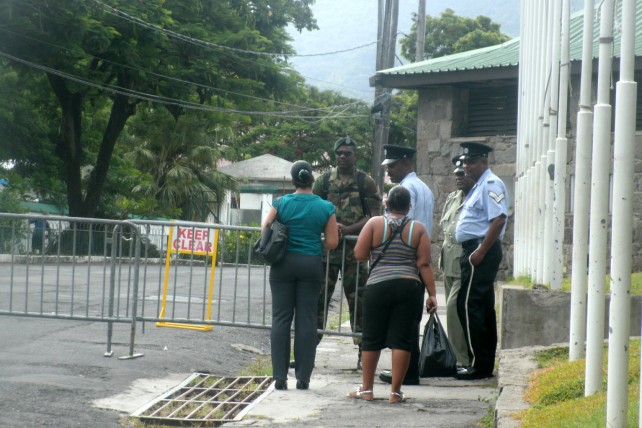 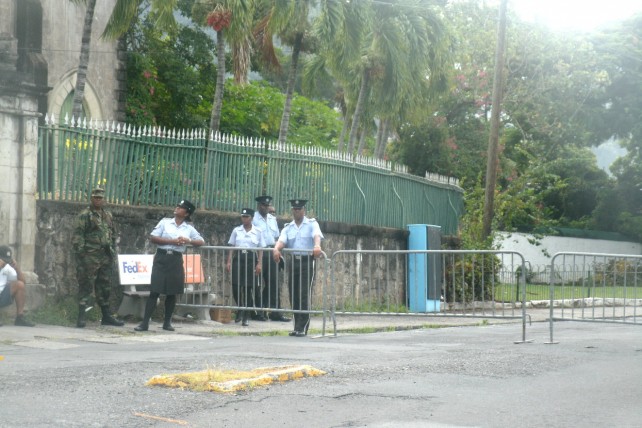 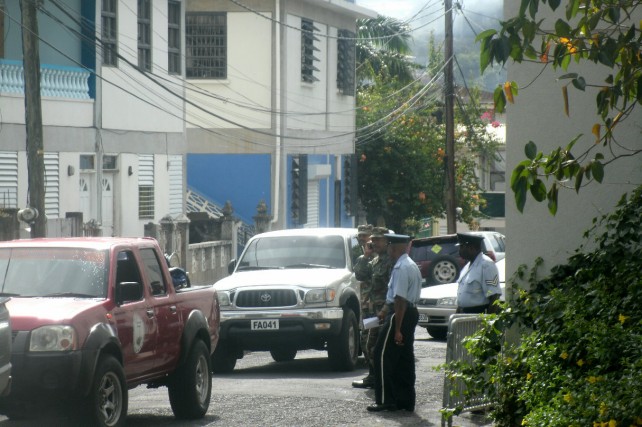 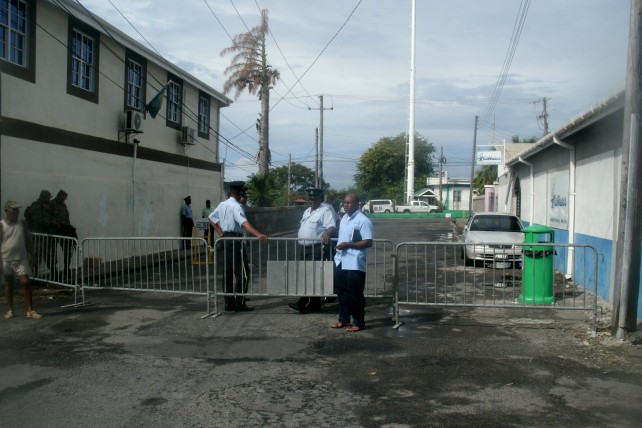 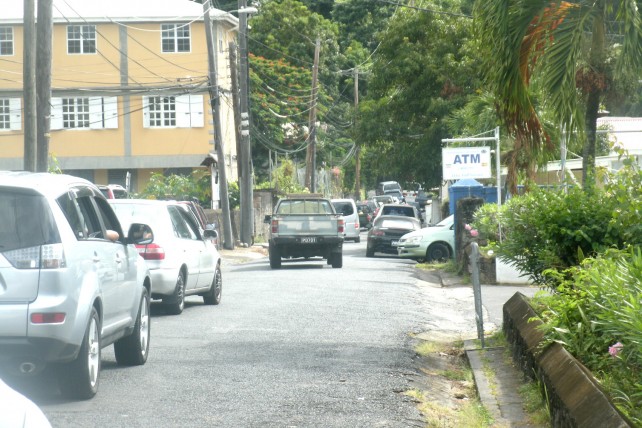