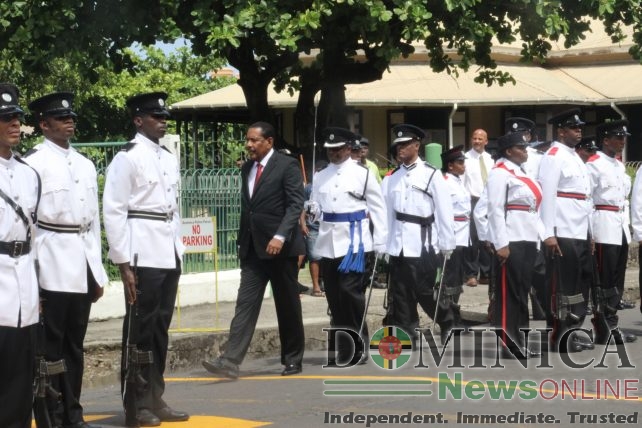 On Tuesday morning, the First Meeting of the Second Session of Ninth Parliament opened in Roseau.

During that session, Prime Minister, Roosevelt Skerrit, will present the 2017-2017 budget.

Prior to the opening, a march by the police, which was inspected by President His Excellency Charles Savarin.

Parliamentarians also entered the House one by one.