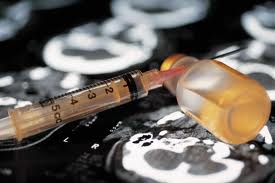 The United Nations Day Against Drug Abuse and Illicit Trafficking is observed each year on June 26.

This day is set aside to draw the world’s attention on the  dangers of drug use and drug trafficking.   The trafficking in illicit drugs poses serious threats to our National Security.  Drug Trafficking give rise to criminal activities including money laundering, murder, human trafficking, and an increase in illegal guns and ammunitions.   Laws have been enacted to combat these illegal activities with stiff fines and penalties.

While our Coast Guard, Drug Squad and Custom Officials are working tirelessly  in the area of interdiction / border control aim at reducing supply of drugs.  Additionally, the National Drug Abuse Prevention Unit has embarked on school and community prevention activities to reduce the demand for drugs.  Citizens must play their part to mitigate the negative  consequences that drug trafficking has on the individual , the family and the society.

Drug dealers prey on the vulnerability of our women, Youths and school children by their glitz and glamour.  Many of these vulnerable individuals end up in our prison,  psychiatric hospital or cemeteries.

Our city, town and villages have not been spared from the ravages of drug use as evident in the number of persons we see on the streets we label as “paro”.  There are those who seem functional but are at risk to becoming dysfunctional.

Police statistic for the past five years indicates an increase in drug seizures for both cocaine and marijuana.  Here are some action we can take as individuals and communities to prevent drug trafficking: