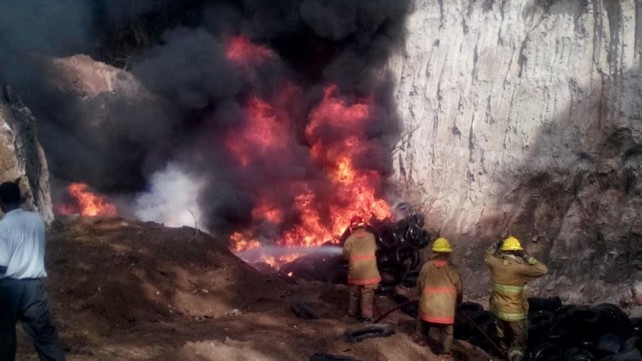 Firefighters have extinguished a fire at the Fond Cole Landfill.

Public Relations Officer (PRO) of the Fire and Ambulance Services, Wayne Letang said firefighters responded to the fire at around 3:07 pm on Monday.

“The responding crews were able to quickly control and extinguish the blaze, which was located in an isolated area of the landfill, where old tires are being stored,” he said. “Investigation revealed that burning debris from an earlier brush fire in the stock farm area had fallen down the cliff and lodged into the area. Such debris included a burning tree stump. No significant damage or spread occurred as the fire was quickly controlled and extinguished.”

On March 13th , a fire broke out in that area which got out of control affecting residents in the surrounding area and also a cruise ship with its passengers on board docked at the Woodbridge Bay Port at Fond Cole.