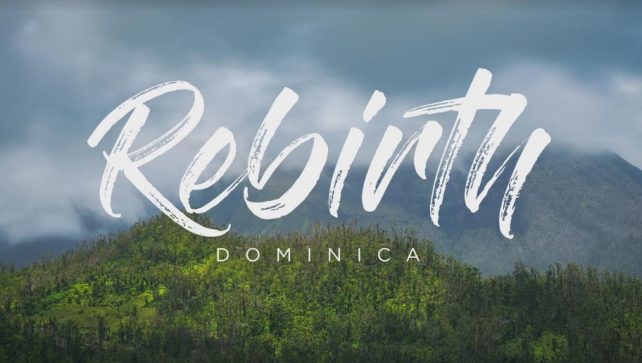 Landscape Nature Photographer, Yuri Jones of Roseau has released a short film that features Dominica before and after it was devastated by Hurricane Maria on September 18, 2017.

The film titled, ‘REBIRTH: Dominica’ is a five and a half minute timelapse film which was released on the night of July 31st, 2018. The film shows how Dominica is recovering after the hurricane in terms of nature.

According to Jones, who spoke to Dominica News Online (DNO) on Thursday, he did two similar videos very soon after Hurricane Maria.

“I started capturing footage for my first video before hurricane Maria, so I ended up using footage from both before and after the storm in order to complete that video. I shot and released the second video about a month after publishing the first one. For this last one, Rebirth, I allowed some time to elapse, so I could show growth in the vegetation,” he said.

Jones, who has been a photographer for five years, explained that what really caused him to create the video was how bad Dominica looked after Maria and how it had recovered in terms of the greenery and nature.

“So that is really what I wanted to portray – Mother Nature’s recovery after such tremendous devastation,” he explained.

He mentioned further that he started capturing footage for the new short film in April 2018 which he did for about three months.

“Over the course of three months, I captured that footage,” he explained. “I captured approximately 20,000 photos between April, May and June for the purpose of that short film. After I captured everything, I began the long process of sorting through images, editing, and putting sequences together as a film.”

Jones revealed that the song for the new film was composed and sung by Golda Scotland- Andrew of Salisbury, a former member of the Sixth Sisserou Singers.

“The song speaks about how Hurricane Maria destroyed Dominica, and how the wind and rain ‘washed us away’. It goes on to describe how that same rain gave us life, and put us on a path of recovery to come back better than before,” he noted. “The music was a big part of this one.”

Meantime, Jones said he is conceptualizing another video which will be similar in terms of the format. He said that video will try to capture what he missed in the previous one.

He stated that most of the footage in the recent video really leaves out what the east of Dominica as well as the north looks like.

“I will do more videos trying to bring in focus to those other areas that I missed out from this first one,” he noted.

See the film below.