Public Works Minister, Ian Pinard, believes that staging a protest action is not the best way to solve problems.

The minister’s statement followed a peaceful protest by workers employed at the Public Works Corporation (PWC) on Wednesday.

Workers say they are “fed up” and “frustrated” because they have not been paid for at least four fortnights.

“I cannot tell persons what to do in terms of protesting,” Pinard told privately-owned Kairi FM Radio Station. “Persons have their own prerogative to these things but there are things that can happen at a much better level.”

He revealed that the government has been making all the necessary payments to the Corporation.

“We have one payment due to the Corporation which they will get paid hopefully late this week,” he revealed. “As far as I am informed, they haven’t been paid for three fortnights and also for one month and I know that the payment which is due to them from the government will be made.”

Pinard said last week he instructed his permanent secretary to organize a meeting, slated for Wednesday (today), with the Board of Directors of the PWC to discuss the restructuring of the Corporation.

He stated that he is always open to discussion and hopes that decisions will be made on the restructuring matter.

“We are hoping that some decisions will be taken very soon on the Corporation in terms of its restructuring and hopefully in terms of payments to staff,  a thing of the past,” Pinard stated. 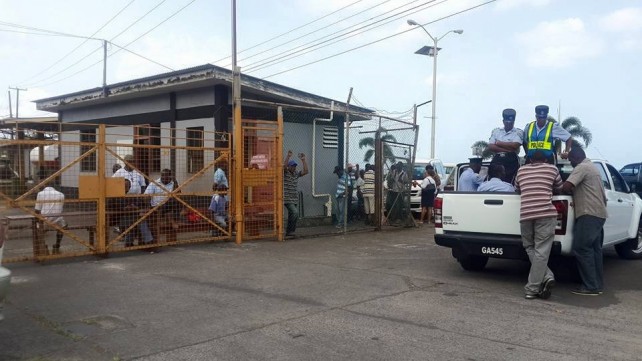