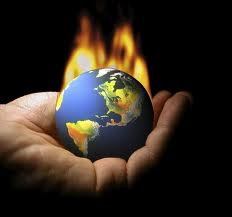 Prime Minister Roosevelt Skerrit has called on the international community to provide a quicker response to small island developing states which are affected by climate change.

He was speaking at a press conference held at the Financial Centre earlier this week.

He stated that for the Paris Accord to make sense to states such as Dominica, which suffer from climate change “the mechanism for getting the resources to us to build resilience is critical.”

Skerrit went on to say that disasters associated with climate change are not going to wait for “us” to put things in place.

“And I keep saying if 15 years ago, 20 years ago anybody would tell us Dominica could flood, we would just laugh at them because rain would fall for weeks, it would flow in our dry ravines, in our rivers and go to the ocean but now in many parts of Dominica, from the time it rains, we get anxious because we are fearful of flooding,” Skerrit added. “Christmas time its supposed to be chilly and nice but we saw what happened a few years ago with the Christmas trough.”

He stated that these disasters come in all shapes, forms, and types.

“The Hurricane Irma was beyond a Category 5 and they only have Category 5 hurricanes,” he stated. “The only way we can mitigate against damage and destruction and loss of life and property is by building a more resilient society.”