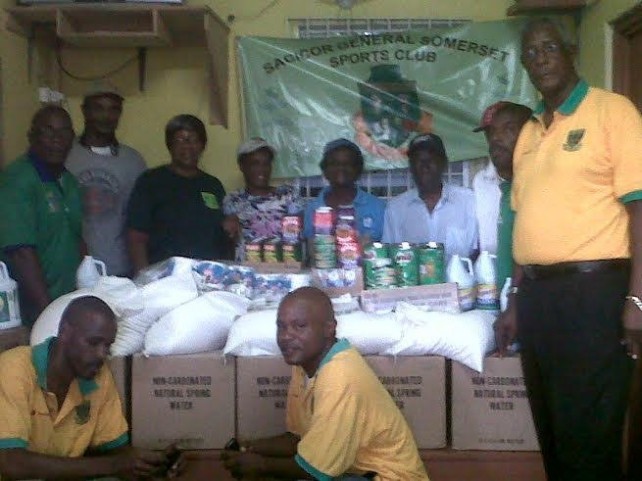 Somerset Sports Club of St. Joseph, together with its sponsor Sagicor General Insurance Inc. has provided six families from the community of St. Joseph who suffered severe losses as a result of the passage of Tropical Storm Erika, with relief packages, in an attempt to help restore normalcy to their lives.

At a brief ceremony which took place at the Somerset Club House on Friday September 18 2015, six families were each presented with a package of grocery items including food and to a lesser extent detergents, along with one carton of Loubiere spring water.

The recipients included two elderly couples, one at Otrobando in St. Joseph and the other in the Clarke Hall area, as well as a club member who comes from the Petite Savanne community.

On Wednesday 9th September, the Club donated a total of 33 thirty-three cartons of Loubiere Spring Water to the West Coast communities of Salisbury, Coulibistrie and Colihaut.

President of the St. Joseph-based club, Ambrose Sylvester said “As one of the leading sports club in Dominica, Somerset has a moral obligation to step forward and assist needy cases on occasions like these, to the extent possible. The Club plans to intensify its contribution to the relief effort in the near future.” 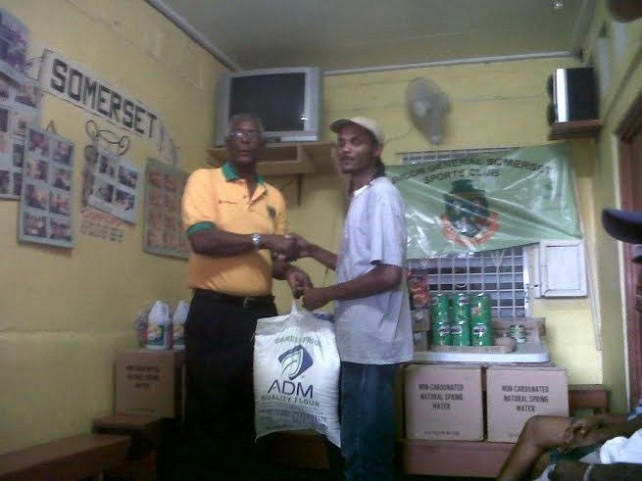