With the support of JetBLue, Overseas Sons & Daughters of St. Lucia (OSADS) and the Dominica Relief Dallas, TOCO Foundation has made good on its promise to continue its mobilization to support the Dominicarelief effort.

Another care-package shipment has been dispatched to the island of Dominica to sustain the flow of relief to families and communities whose living situation has been severely impacted by tropical storm Erika in late August this year.

This past week approximately one thousand pounds of domestic goods were shipped from Frisco, Texas, which include 42 boxes of clothing, canned goods, medical supplies
and shoes.

This shipment follows a previous dispatch in September of a shipment of 1500 pairs of shoes with the promise of more to follow.

Weekes had high praise for the fervor of partners OSADS and Dominica Relief Dallas and the responsiveness of Jet Blue.

“The collaboration between the partners is poetic because it embodies the sense of community and neighborliness that makes the post disaster existence bearable for those left to cope. So if there is an example there for other organisations to get together to do more, it’s a blessing on to of a blessing”, Weekes said. 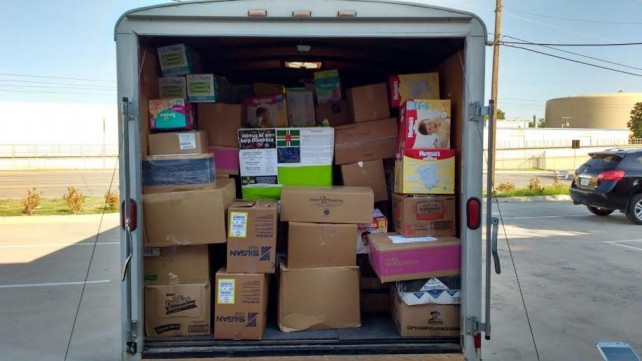