Protesters who gathered outside parliament on Thursday morning have demanded that the government make public a geothermal Environmental Impact Assessment (EIA) done in the Roseau Valley.

“We want the EIA to be made a public document for the rest of the Dominican people to see what is in the EIA,” PRO of the Geothermal Awareness Committee in the Roseau Valley, Jeffrey Charles, said.

Placard bearing protesters gathered outside parliament on Thursday to express their dissatisfaction with the process so far.

“The country is at stake and in this southern part of the island, which is one of Dominica’s main tourist’s site, we fear that there will be serious economic and social implications with that geothermal development project,” Charles stated. “We also fear that there will be a lot of land acquisition and mass relocation of the valley.”

Secretary of the awareness committee, Alysha Charles-Marshal, was straight-forward in her approach to the matter. “We do not need it, we do not want it,” she said. “There are different other sources that the government can tap in for electricity.”

“We do not want geothermal in the communities,” Charles-Marshal insisted. 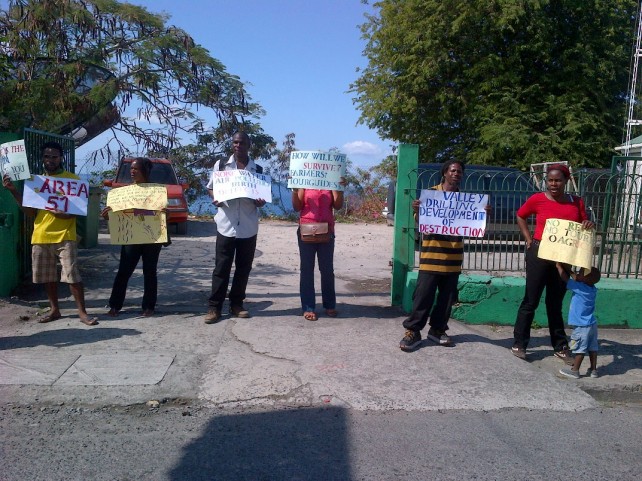 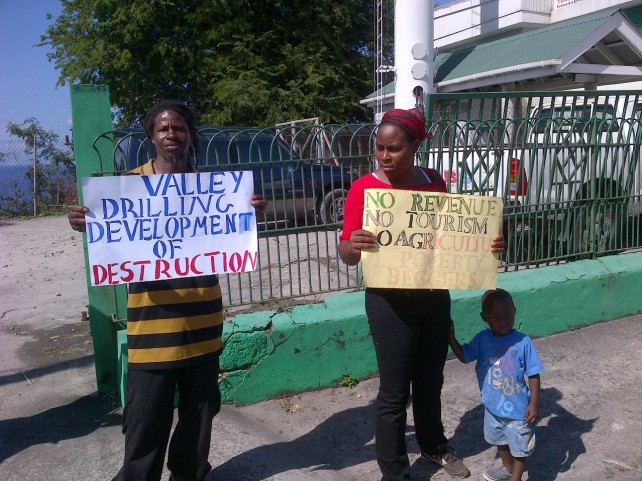