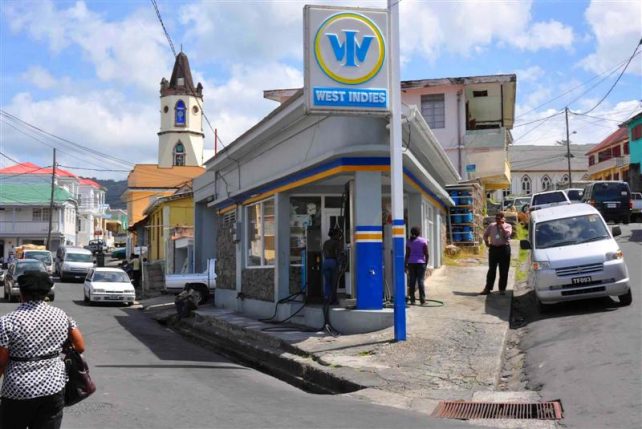 The Dominica government is considering ways of easing high fuel prices in Dominica and according to Prime Minister Roosevelt Skerrit, one of the measures being contemplated is the removal of the service charge on petroleum products.

This, of course, is due to the ongoing Russian invasion of Ukraine and the subsequent fallout which has seen Russia hit with heavy sanctions from several territories, and global uncertainty shaking the fuel industry.

Director of Trade, Matthan Walter has since stated that these prices are not locally motivated, but based on global trends, and Dominica therefore, as a non-producer, adjusted its pricing structure.

“One of the things we are looking at where the gas prices are concerned is the possibility of removing the customs service charge which is about 3% on the petroleum products we have here in Dominica,” Prime Minister Skerrit said during the most recent edition his Sunday talk show.

He recalled that some years ago the government had removed the excise tax and customs service charge on LPG and kerosene.

Another possible measure that the Prime minister mentioned, with respect to additional importation in the country, is the removal of the freight and insurance costs as part of the consideration for being charged custom duties.

“We are doing the analysis; we will engage the private sector because the key for this, when the government takes those decisions, is that the benefit is passed onto the consumers,” Skerrit noted. “And so, this is always our concern, that we don’t usually see the benefits passing on to the consumers, because ultimately, when a decision is taken to remove taxes on goods coming into the country, it’s really for the consumers to benefit and it’s something we are looking at.”