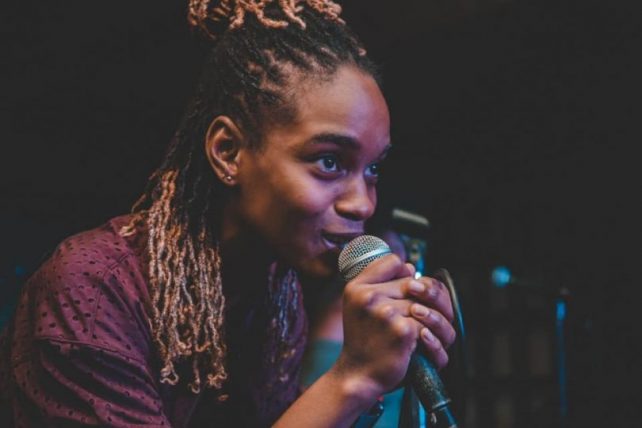 Grammy award-winning artiste Mikayla Simpson also known as “Koffee” will be in Dominica for the first time to perform during one of the island’s major events, ‘Carnival Gopwell’ Volume 2, to be held at Windsor Park Sports Stadium Forecourt on Saturday 25th, April 2020.

Organizer of the event, Dane ‘Danejahdane’ Smalling made the announcement on Friday.

The Jamaican rising reggae star is well-known for her popular songs “Toast”, “Rapture”, “Haffi Make it”, “Blazin” among others. She created history by becoming the youngest reggae act and first female artist to win the Grammy for “Best Reggae Album”.

Smalling said Koffee was booked through his booking agency called Danejah Entertainment, which is normally used to book artistes to perform during various events in Dominica.

He said there will be no playback for that night; all the artistes will be performing with their live band.

“Koffee just won the Gramm; she has only performed one place in the Eastern Caribbean which is Antigua. She has never been to the French Antilles and Dominica is getting her even before Barbados,” Smalling stated. “She is going to Barbados the day after, to perform at the Reggae on the Hill event.”

Smalling added, “We are first in line to welcome a Grammy-winning artiste,” adding that he is very proud of himself and the sponsors of the event.

“This is something special. I feel that this event needed a launch. We are going beyond the regular programme we are accustomed to,” he stated. “This is growth.”

Jeoffrey Joseph of Triple Kay, one of the acts carded to perform at Carnival Gwopwel, is promising a successful event.

“You can expect a lot from Triple Kay Band as always,” he stated. “We are going to impress as we always do.”

Joseph encouraged everyone to come out in large numbers to support the event.

The first Carnival Gopwell event was held for the first time in Dominica in 2017 and featured DJ Private Ryan as part of the line-up.