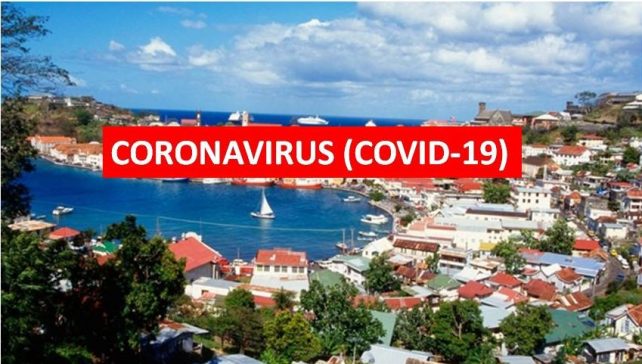 Grenada has announced six new cases of the coronavirus (COVID-19).

Health Minister Nickolas Steele made the announcement at a news conference on Thursday.

Steele said that through contact tracing it was discovered that some of the six infected people, who range from 50 to 80 years of age, came in contact with the island’s first recorded case.

He said the six people are now in isolation and are being monitored by health officials. He added that at least one of the new cases is imported, and travelled on the same flight with the country’s original case. The other cases are from the same household as the first patient.

The minister said that patient zero, who was hospitalized earlier this week, “is now again stable and her symptoms are back to being mild to moderate”.

Meanwhile, Anguilla reported today that two of four samples sent to the Caribbean Public Health Agency (CARPHA), on Monday, March 23rd, have tested positive for the COVID-19 virus and two have tested negative.

A release from that country’s Ministry of Health states that the first positive case is an imported case – a 27-year old female visitor from the US, who arrived in Anguilla on March 11.

The second positive case, a 47-year old male resident, is a close contact of the first case. This is also an indication of local transmission.

The release goes on to state that, in accordance with public health practices for containment and prevention of spread, the individuals, who both presented with mild symptoms, were placed in isolation upon suspicion and they remain in isolation at this time.

To date, out of a total of nine suspected cases of COVID-19, five have tested negative, two have tested positive and two are pending.