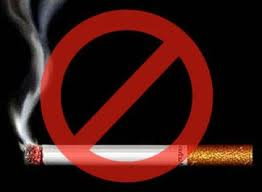 The Health Promotion Unit of the Ministry of Health has stepped up its public awareness drive to reduce the number of tobacco smokers on Dominica.

The Unit is collaborating with the National Drug Abuse Prevention Unit in this effort and has begun an intense community outreach program, to sensitize members of the public on the dangers of smoking tobacco.

Anthelia James- Coordinator at the Health Promotion Unit said on Thursday that this outreach comes on the heels of “World No Tobacco Day” which was observed on May 31st, this year under the theme: “Ban tobacco advertising, promotion and sponsorship”.

“We are actually focusing on raising awareness of the general population on the dangers of tobacco smoke. This year, we are taking a specific slant in the sense that apart from doing some media awareness, we are also looking to go out into the communities to talk to people one on one, so that they can get the information on the dangers of tobacco, to allow them to make informed decisions about the use of tobacco products,” she explained.

James says the harmful effects of Tobacco products on the human body is one of the major messages which the unit is hoping to get across to the population through this awareness campaign.

“The message is that the use of tobacco products is dangerous to your health, it gets us sick, it doesn’t only get the people who uses it sick, but also those who do not use it,” she noted.

Local statistics on tobacco smoking in Dominica suggests that 10 out of every 100 persons use tobacco products. The Health Promotion Unit is alarmed by these statistics, citing that its very high compared to countries with greater populations.

“When we think of the number of persons in our population (70, 000) who consume tobacco products this figure is high. When we compare our usage of tobacco to a country like Australia for example, which has millions of people, which has a consumption of 16%, the situation in Dominica is of great concern to us,” the health official lamented.

Dominica has signed on to international law which is the World Health Organizations’ Framework Convention for Tobacco Control, (WHO FTTC) which commits the country to enact laws and policies to protect the public from the harmful effects of tobacco smoke.

So far, the Government of Dominica has put in place a policy to raise taxes on tobacco products to 75 percent.

The Ministry of Health is now in the process of looking at fine tuning recommendations for legislation dealing with the protection of persons from second hand smoke.