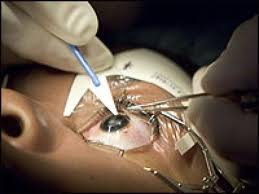 LA PAZ, Bolivia (South Journal) — Cuban doctors have performed over 600,000 eye surgeries in Bolivia over the past five years as part of the Operation Miracle free-eye-surgery program, according to Bolivian health authorities.

The work of Cuban doctors also improved or returned the sight to citizens from Argentina, Peru, Paraguay and Brazil, DPA news agency reported on Tuesday.

The Solidarity medical mission named after Moto Mendez (a Bolivian hero from Tarija) has identified at least 20,000 mentally impaired persons, while others suffer from physical disabilities like deafness or blindness, said the minister.

The result of this work, which has taken place for the first time in Bolivia, suggests the creation of occupational, education and rehabilitation programs in the country, said Heredia and noted that the medical brigade is made up of different specialists who carried out diagnoses and further treatment of the patients.