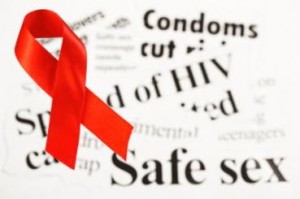 The Kalinago Community is taking a stand to empower its citizens in the fight against HIV & AIDs and other forms of Sexually Transmitted Diseases.

An appeal is being made to its young people to maintain responsible sexual behaviours particularly during the carnival season.

The Carib Affairs Department in collaboration with the Youth Development Division will hold two consecutive Sexual Health and Education Fairs in February to educate youths on the importance of testing and counselling, types of STDs and protective measures.

Another important component of the fair will be HIV Testing and Counselling facilitated by the Castle Bruce Health team and forums on sexual abuse, identifying and reporting.

Under the theme ‘ Empowering Youth to make Healthy and Responsible Sexual Health decisions’ the First of two Fairs will be held at the Gaulette River Playing Field on Saturday the 15th of February and the second on the 22nd of February at the Bataka Top Ranking Hall form 11am to 3pm.

The event will take the form of various interactive sessions during the day with facilitators from the Dominica Planned Parenthood Association, Caribbean HIV AIDS Alliance, Salybia Ross Mission Project, Youth Officers and the Social Welfare Division.

Representative from varying Tertiary Level Educational Institutions such as the University of the West Indies Open Campus, All Saints University, the Dominica State College and the Business Training Centre will also be on site providing support to the event and providing advice to prospective students.

All youths from the Kalinago Territory and Atkinson area are encouraged to attend.