World Diabetes Day was on Monday, 14th November 2011.  In observance of the day, the Castle Bruce Health Team, particularly the nurses at the Salybia and Mahaut River Health Centres, organized a series of activities yesterday in the Kalinago Territory, and the community came out in full support.

Over 100 residents participated in a march from the Gaulette River bus stop to the Salybia Health Facility, displaying placards cautioning individuals to reduce their sugar intake, to start exercise programs and drink plenty of fluids to reduce the incidence of Diabetes, a disease that is increasingly on the rise across the island.

Following the march, the Nurses from the Castle Bruce Health District put on various presentations at the Salybia Health Facility to educate residents about the proper precautions that individuals must take to manage and control Diabetes.  This included a presentation on proper foot care, a quiz testing residents about their knowledge of the disease, and testimonials from residents who have Diabetes.

The Kalinago Chief, Garnette Joseph, delivered an address, and informed those present of the Biggest Loser, Biggest Keeper competition that the Kalinago Council is preparing to launch in conjunction with the Castle Bruce and Marigot Health Teams, and with support from Ross University’s Salybia Mission Project.

The competition will give residents of the Territory six months to adopt healthy exercise and eating routines in order to shed unnecessary weight, with substantial cash prizes being awarded at the end of the competition to those who have lost the most weight.  The activities observing World Diabetes Day were topped off with a performance from the former Calypso King, Lord Karessah, which was very much enjoyed by all.

The march and other activities observing World Diabetes Day were extremely well attended and provided residents with very useful information.  The Kalinago Council is appreciative of the all the hard work of the Castle Bruce Health Team in organizing this activity for residents, in particular Nurse Winnie Joseph, Nurse Annette Thomas, Nurse Doreen Ettienne.  Preparations are now being made for another major event in observance of World Aids Day.

The Castle Bruce Health Team wishes to extend its thanks to those who assisted in making the event possible, including: Central Medical Stores at PMH, Jolly’s Pharmacy, Lord Karessah, Faye Kass, the Kalinago Council, Willis Joseph, Salybia Police, Rueben Darroux, Roy Valmond, Paul Elizee, and all those who participated or assisted in putting on the activities. 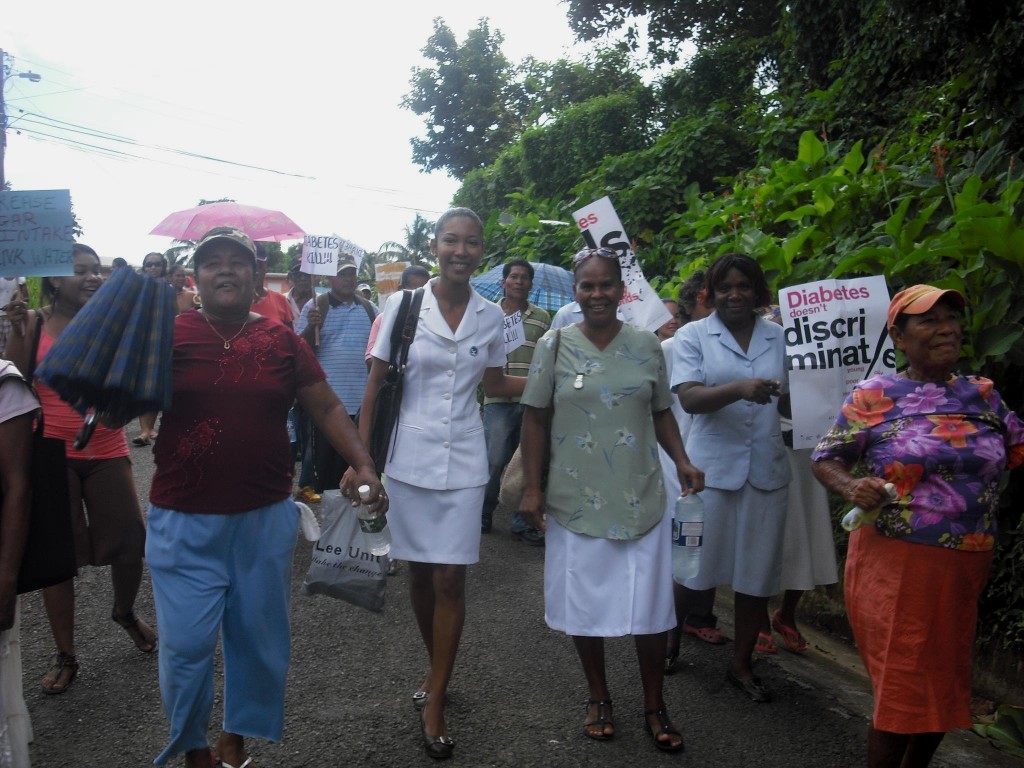