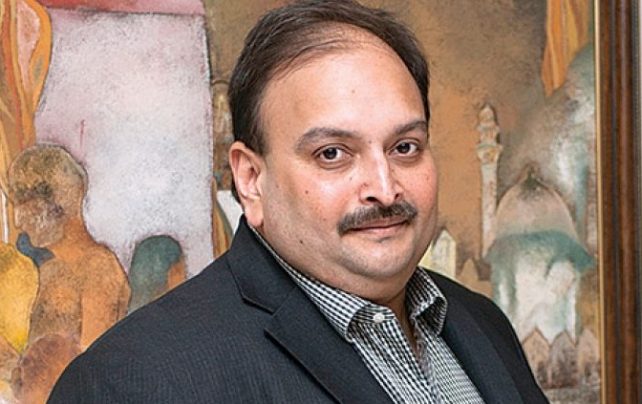 While authorities in Dominica were busy trying to get Indian fugitive Mehul Choksi deported from Dominica, attorneys Wayne Norde, Julien Prevost, Cara Shillingford-Marsh and Wayne Benjamin Marsh were filing an application in court to prevent it.

And they were successful, as High Court Judge, Justice Birnie Stephenson, ruled that Choksi cannot be immediately removed from Dominica and that he should be granted full access to attorneys.

His attorneys filed a writ of habeas corpus, a method used to bring a prisoner or other detainee before the court to determine if the person’s imprisonment or detention is lawful.

A habeas petition proceeds as a civil action against the State agent (usually a warden) who holds the defendant in custody.

The judge also agreed that Choksi’s attorneys be allowed to meet with him forthwith.

But when Wayne Marsh tried to see his client, he was denied.

Here’s Marsh in an interview with DNO moments ago.

The matter is expected to be heard at 9am tomorrow.

Choksi told his attorneys that he was kidnapped from Antigua and Barbuda and taken to Dominica by boat. Wayne Marsh confirmed that there were visible marks and bruises to his client’s face, as if he were beaten.

Choksi was reported missing in Antigua and Barbuda on Sunday by his wife Priti.

He is wanted in India after allegedly cheating the Punjab National Bank of millions of dollars.

While India has an extradition arrangement with Antigua and Barbuda, Dominica isn’t among the 58 countries with which New Delhi has either extradition treaties or arrangements.

In cases involving countries with which India doesn’t have an extradition arrangement, the repatriation of fugitives largely depends on decisions made by local authorities

Antigua and Barbuda’s Prime Minister Gaston Browne has told the media that Antigua doesn’t want Choksi to be sent back and that it would prefer for him to be directly repatriated from Dominica to India.

He also contended that Choksi had made a “monumental error” by travelling to Dominica as this had prejudiced the constitutional and legal protections enjoyed by him as an Antiguan citizen.

Dominica News Online (DNO) has learned that the police complied with the court order issued by Justice Stephenson and on Thursday afternoon, Choksi was allowed to meet with attorneys representing him in Dominica. However, the lawyers say that their client maintains his claim that that he was abducted and brought to this country.

Wayne Marsh is one of the four attorneys representing Choksi. The others are Cara Shillingford-Marsh, Julien Prevost and Wayne Norde, with instructions from Queen’s Counsel (QC) Justin Simon based in Antigua.

Marsh told Dominica News Online (DNO) in an interview today that, acting on a directive from QC Simon, attempts were made yesterday to consult with their client, however, they were denied access.

He said they returned to the Police Headquarters this morning and were granted permission and upon arrival in his holding area, Choski appeared to be severely beaten.

“His left eye was swollen and his face was severely bruised. He appeared weak and feeble  and there were several marks on his body. He could barely stand from the mattress on the ground,” Marsh recounted.

The attorney said Choski informed them that he was on his way to dinner on Sunday evening in Antigua when 7 to 8 men dressed in blue who sounded like Indians and Antiguan police officers placed a bag over his head and forced him onto a sailing vessel at Jolly Harbour, in Antigua which carried a Dominican flag.

He said he later arrived in Dominica but en route aboard the vessel, he was “beaten, shocked in the eye with an electrical device and other parts of his body.”

According to Marsh, Choksi’s fear is that the Indian, Dominican and Antiguan governments are all involved in what he described as his “abduction.”

He said this position is borne out by the Antigua prime minister’s request for Dominican authorities to repatriate Choksi to India.

The Ministry of National Security today released a statement informing of the “possibility” of Choski being sent back to Antigua.

Below is the high court order issued by Justice Stephenson.