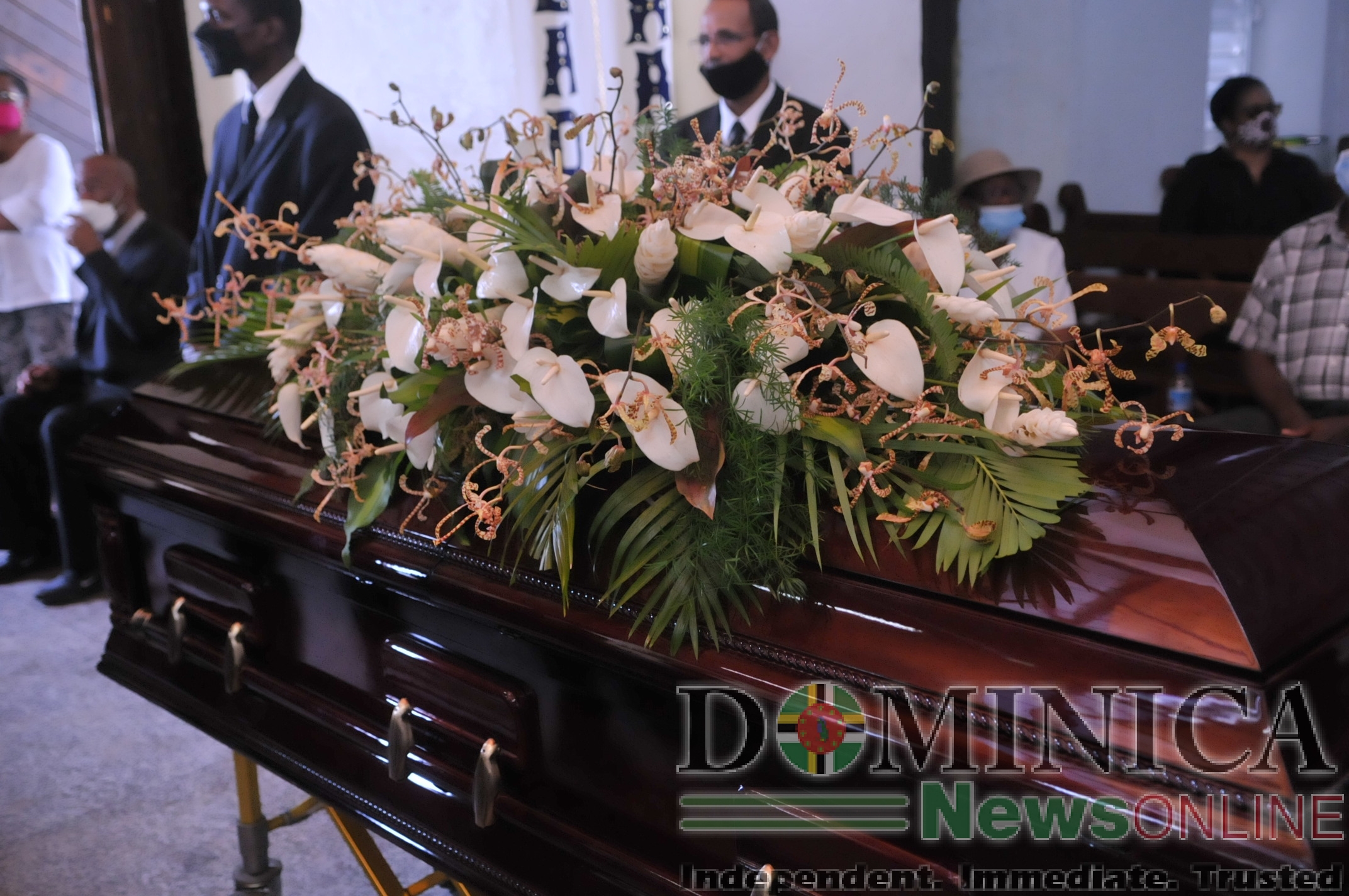 “Mikey” Bruney as he was most affectionately known and called who passed away on June 24, 2020.

Staff of the magistrate’s court and those from his chambers wept openly as the casket bearing the remains of “Mikey” was lowered in the tomb at the Roseau Catholic Cemetery. “Farewell Mikey, we will miss you Mikey….farewell my brother, rest in peace Mikey…we love you always Comrade” were just some of the words expressed.

Fr. Franklyn Cuffy was the main celebrant at the funeral mass with Monsignor William Jno-Lewis doing the homily in his homily asking the faithful to reflect on what God had to say about Michael Bruney and them.

“What would God say about, you and me, that you are virtuous and lived for him that for me is the essence of the mass and final farewell to our brother,” he said.

“It is a moment for us to rise up and brace ourselves; we all feel the loss, the pain, the emptiness,” Monsignor Jno-Lewis stated.

Meantime, at a special sitting of the court, via zoom and attended by hundreds, the late Michael “Mikey” Bruney was described as “ a champion for justice, an honest friend, and patriotic Dominican.”

Below is the well-attended celebration of his life presented in pictures. Photo credit Cecil Clarke