Dominica’s Minister for Foreign and CARICOM Affairs, Francine Baron, has written to the Organization of American States (OAS) Secretary General, Luis Almagro Lemes, demanding that he immediately take down a post he made via twitter and tender an apology.

The tweet made reference to a conversation between Amalgro and former ambassador of Dominica to the UN, Crispin Gregoire in which Gregoire expressed concern that Dominica’s upcoming general election will not be free and fair.

In her letter, Baron says the tweet is, “inaccurate, false and misleading”. 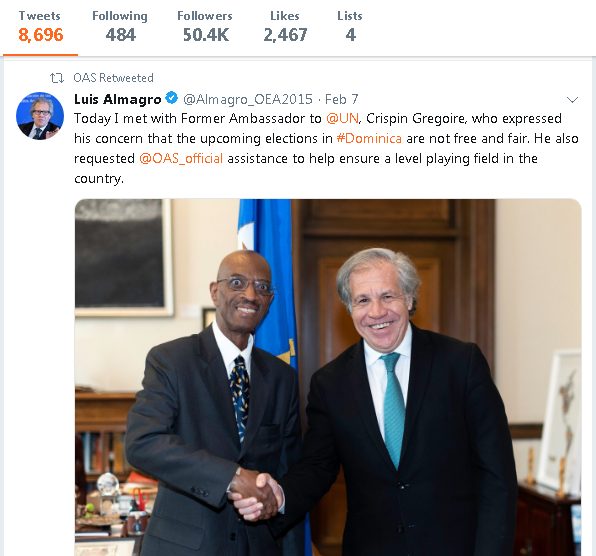 The full letter to the OAS Secretary General is posted below: